Heading for its 55th year in business in 2016, Lampia (Cornate d’Adda, Monza Brianza, Italy) has been a long-standing player in the world of plastic processing. The Italian company – which in 2005 embarked upon an internationalization path to follow a major client – has made flexibility the benchmark of its strategy. A concept that has played out not just in sales terms, but also productivity. According to managing director Stefano Grandi, «The age of production lines handling a single project is over. The investments in technology need to be calibrated according to how comprehensive their offering is, and the ability to equip injection machinery in the context of satisfying a multitude of needs». This is a key to understanding the market that explains the recent acquisition of compact tiebarless injection moulding machines.

What convinced you to choose this type of equipment?
We purchased the first tiebarless Engel machine in 2006, to make a small size piece for the medical industry. Considering the size of the mould, we needed an injection machine with 300 ton clamping force but, thanks to tiebarless technology, a 120 ton force was sufficient. The absence of obstacles in the clamping unit ensures the utmost versatility in the mould design stage and in production. This helps to streamline the production cycle and optimises our approach to meeting client needs. 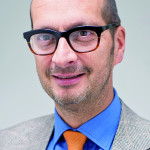 Have you come across other advantages?
In addition to versatility, these machines can be used to produce parts with lower weight than what would be possible with a higher tonnage traditional press. For example, in a project aimed at moulding a part in engineering plastics, we have been able to equip the press with a 1+1 cavity prototype mould, as well as with four-cavity one for commercial production.
Lastly, aspects such as superior cleanliness, high output rates and the quality of the finished product cannot be overlooked.

Do you also take advantage of electric presses to save energy?
Although it is true that machines of this type reduce some movements and, as a consequence, cut energy requirement, most of power is used by the plasticization unit and internal resistances. This is why I am convinced that reducing power consumption is like a myth that needs to be set straight. We have some electric presses which we appreciate more than anything because of their cleanliness. In our production department, however, we also have traditional machinery on the lines dedicated to biomedical products, that ensure the same level of cleanliness.

Do you have a regular turnover of presses?
Currently, we have 29 injection moulding machines at the Cornate d’Adda plant. On average, they are replaced every 10 years.

In addition to the machine park, is flexibility a concept that needs to be expanded upon also in relation to organisation and logistics?
Often, a client wants a project to begin in Italy, and then be transferred to an area where processing costs less. But not everyone has the capacity to play the game on an international level. Similarly important is flexibility in expertise, because although in the past we were handed projects that were ready to be implemented, today we need to actively contribute to defining them. From product design to the finished mould, today the scope of what we contribute to processing has risen significantly. Our engineering department in Cornate d’Adda is the “hub” for all projects, but while operating under its coordination our branches in China and Romania have developed skills that have helped them manage the manufacture of moulds and products from the very first stages.

Do you also have a division dedicated to manufacturing moulds at your facility?
Today, we produce about a third of the moulds in-house, but in the future the structure will be destined primarily to their maintenance; continuing to make new ones in Italy would require an investment in our core business. We have preferred, therefore, to commission specialist manufacturers from Italy and other countries. Our international branches, which have become well established in a local industrial level, are a bridge to business with high quality operations.

Global business
Lampia generates approximately 18 million euro in revenues through seven industries: biomedical (30%), technical articles (10%), parts for consumer goods (18%), food (5%), automotives (10%), IT (22%) and telecommunications (5%). Exports account for 75 per cent of revenues. The most strategic areas in terms of top clients are the United States and North America, especially for biomedical and IT; followed by Germany, the Netherlands and China. Since the beginning of 2005 the Lampia Rom facility has been operating in Arad (Romania). Three years later Suzhou Wanox Technology opened in Suzhou, China to the west of Shanghai.

What logic has driven you to relocate production?
Branches in Romania and China were opened in 2005 and 2008 respectively, to follow in the steps of IBM. The first was substantially a production and logistical hub for Germany, the Netherlands and the European market generally; the second serves all Lampia clients in the Far East.

How would you sum up the Chinese market?
In the past five years, because of a government decree, the minimal wage rose from 15 per cent a year, resulting in a 100 per cent increase over the course of five years. The latest change in the exchange rate against the dollar, to which China’s currently is closely linked, has further reduced the economic advantages which, in any case, are still in place. The increase in domestic consumption and the welfare system, for example, opens interesting opportunities in the biomedical sector. China is therefore becoming a market opportunity as opposed to a place for relocation, because the cost of labour in China is virtually the same as in Romania.

Can Italian manufacturers be competitive?
It depends on what they make. For example, in manufacturing facilities with a high level of automation, the disadvantages of the high cost of labour are minimised. Even the cost of energy is high: in Italy, in fact, power costs double than in Romania. However, this is not the factor that has the most dramatic affect on our balance sheets… Actually, manufacturing in Italy – or anywhere in Europe – is an opportunity to reach a truly vast polymer market, which is high quality and more accessible than the Far East. 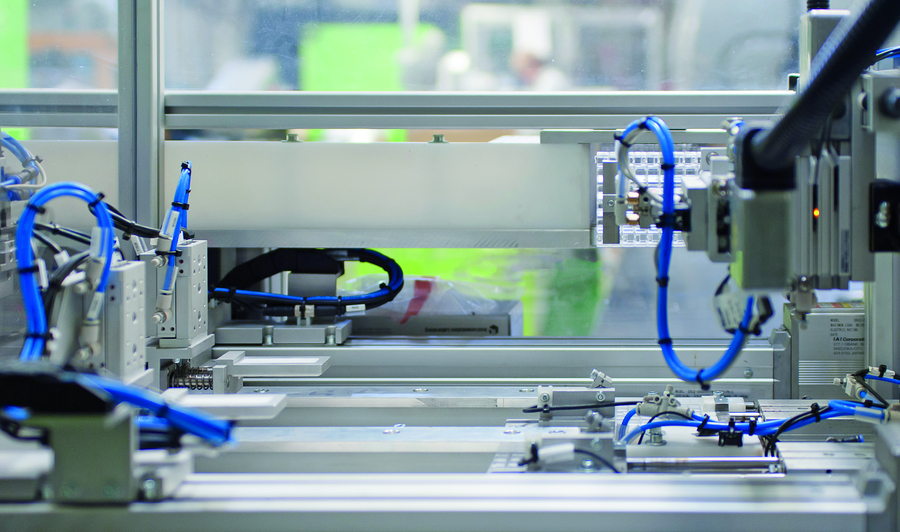 If large companies keep cutting their investments in production, does this open interesting prospects for you as subcontractors?
Yes, as long as we are able to pursue projects that help us generate high revenues, understand client needs, and be ready to follow them to any part of the world.

Who is your typical client?
A multinational, or a structured Italian company, which is interested in involving us fully in its projects. We support our partners from the very first stage of coming up with the idea for a new product or improving an existing product. We work according to the codesign principles and, once we have identified the right solution in technical and economic terms, we start with the industrialisation stage.

Do you see any difference in technical, commercial or cultural approach in the companies you work with?
Clients have specific needs that do not depend so much on the country where they are from, but on the product they require, and the positioning they intend to pursue. As far as we are concerned, we always propose integrated solutions – even through synergy with other companies controlled like us by the Plax Group – trying to identify everyone’s needs, including hidden needs.

What does Lampia’s short term future look like?
By 2015, the Romanian site will also be in a position to manufacture moulds. Our subsidiary Wanox is installing a clean room for injection moulding and thermoforming projects. In addition, we are considering the opportunity to open a production plant in Mexico.

From recycled plastic to industrial pallets