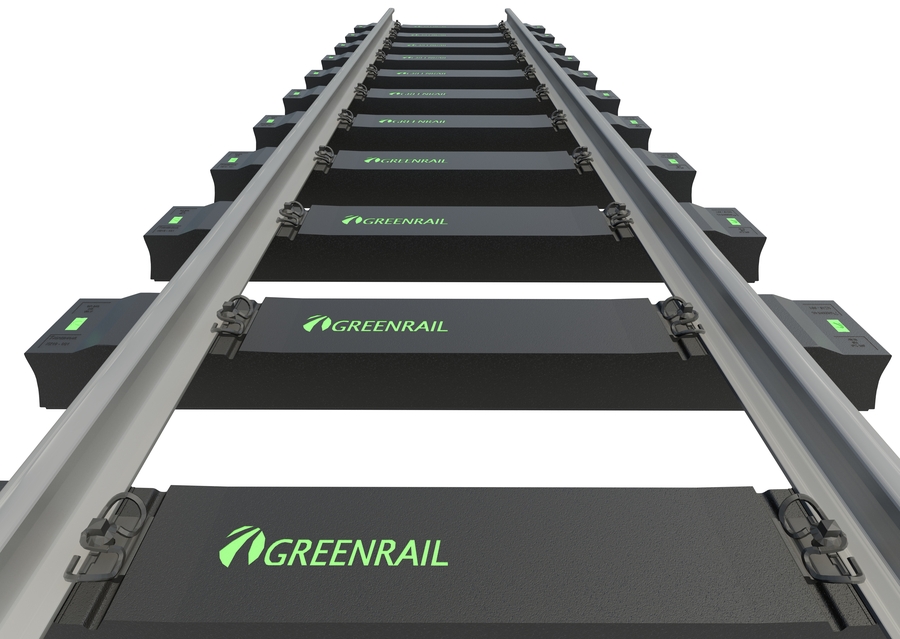 The eco sustainable rail sleeper by GreenRail has left the drawing board and is about to become reality. In fact the Sicilian start-up company owned by Giovanni Maria De Lisi is shortly about to lay the first sleeper on the track. Trials on the blend have recently been completed and a mould has been created for the outer shell.
Is there already a timeline for the putting into practice of the first eco-sustainable rail sleeper, made from used tyres and recycled plastic, capable of generating electricity? We asked Giovanni De Lisi the founder and the CEO of the GreenRail start-up. «Yes. By next October we shall have completed the homologation trials in compliance with international standards». After certification, the mechanical and load trials will begin, before finally being launched on the market.

The secret lies in the outer shell
The design concept of this innovative sleeper is based on an integrated piezoelectric system which is activated when trains pass. This technology having the advantage of being low cost, eco-friendly and power generating. The company CEO Giovanni De Lisi tells us «The GreenRail sleeper is born, as the research and development stage has been completed».
But exactly how is a GreenRail sleeper made? The core is made of reinforced concrete, «The outer shell is made of recycled rubber». A special blend which is the true secret held by Giovanni and his team.
The outer shell is fireproof and assures resistance to weather agents, freeze and thaw, it helps to considerably reduce vibration and noise level, also assuring an improved interaction between the ballast and the sleeper, thereby considerably reducing any sideways shifting of the rails. While the inner core assures that the sleeper is of the right weight and with structural features suitable for use on any kind of line. Such a structure would make it possible to immediately replace the current sleepers in use, installing them on the railway lines using the same mechanized system as used for the concrete sleeper, which account for 90 per cent of all those in use.
The “W” type fixture for the track is pre-assembled at the factory, thereby permitting the rapid construction of the line itself through the use of innovative trains, thereby avoiding costly and dangerous manual operations and respecting the most modern construction canons. 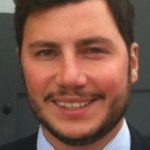 A multitude of environmental benefits
From the environmental view point, the performance assured by GreenRail is far better than that offered by reinforced concrete sleepers, and if compared with similar products supplied by international competitors, their winning feature is that they are made from recycled material, whilst being capable of reducing the noise levels, and ultimately cutting down on resource use. However these are not the only environmental advantages.
The inferior deterioration of the GreenRail ballast material, which is otherwise considerable in sleepers made of solid concrete, also helps to improve the quality of ambient air, whilst also cutting the track bed reconditioning frequency, which translates into the need for less material to replace any lost through stone erosion and consequent improved air quality. Another important advantage is that less maintenance is required, with consequent reduction in the use of heavy machinery and workers, who are often involved in risky operations.

Electricity is also generated
But there is more. As De Lisi pointed out «Thanks to the fact that the outer shell is made of plastic and recycled rubber, it is the only sleeper in the world that can incorporate electronic systems internally. We have developed and patented the under-rail piezo-electric system, which is integrated inside the standard assembled sleeper, and then wired and then connected from sleeper to sleeper, to create a minimum circuit length of a kilometre». So that as the trains pass, the system is subjected to compression and vibration which generate an electric charge.

The eco-friendly sleeper for high-speed trains
Between a million and a half and two million concrete sleepers are used every year in Italy and 100,00 to 300,000 wooden ones. As the lines need to be modernized in the short term with the introduction of high-speed trains, it would appear that that concrete sleepers are set to totally replace the wooden ones. This is good news for De Lisi and his GreenRail. It is an opportunity for this start-up product to absorb the overlap during this transfer stage and thereby launch itself onto the market.