From the match between the injection moulding of thermoplastic polymers and the sintering of metal powders comes out the MIM (metal injection moulding) technology, a process that optimizes the development of particularly complex objects with complicated shapes, hard to realize through the metal cast. The first MIM applications took place more than 35 years ago in the branch of the Information Technology and, even though it cannot be considered a new technology, it is not so common on the market. Today the main volume is realized in UK, Far East and India, then Europe hauled by the automotive industry. And in Italy?

The Italian challenge
In 2005 four engineers specialized respectively in metallurgy, polymer’s science, mechanics and design, decided to melt and share their skills and abilities to set up a company called Mimest in Pergine Valsugana (near Trento, Italy). There are several reasons in this ambitious decision: «First of all, the desire to make real our skills and ensure them a professional channel. Then the will to approach a technology not completely explored», said Matteo Perina, the managing director. 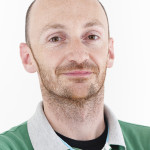 The years went by and the Company grew becoming stronger and stronger in technology led by two partner, Matteo Perina and Rudj Bardini, the technical director. «The growth was a slow and gradual process», said Matteo Perina. «In the overture we invested in knowledge of working process, developing the design area of the special equipment to optimize the melting of the metal powders. Then there was the qualitative leap, the purchase of the raw material directly from the wholesaler and several investment projects too, for example the extension of the plant, the purchase of injection machine and the purchase of two special ovens in order to have two different production lines and increase the quantity of the final products. Consequently the turnover too». Today the experience of Mimest has a wide range of material, from steel to bronze and from titanium to others metals and finally the production volumes achieve 1 million of parts a year.

The sense of the choice
The MIM, the metal injection moulding, allows the realization of objects in metal alloy with amazing mechanical and appearance properties, taking advantage of injection moulding, whom advantages are high productivity, lightness, with the further advantage that, to obtain final product whom weight is worth from little grams to three hectogram, are not required mechanical manufacturing and heating treatment.
«It is a very competitive technology in comparison with the traditional manufacturing with shaping equipment and , especially when there are complex lay-out or difficult manufacturing material. But to reduce the cost of the mould, an optimal production volume must be not lower 10million of parts», explained Rudj Bardini.
Another important point is that is possible to produce parts with very short dimensions, with appearance properties and persuasive tolerance. «A relevant project in this sense, for example, concerns the production of zip and microparts for a famous brand for glasses».

One process, three steps
The production thought MIM consists of three steps that are moulding, debinding and sintering. The mixture of these three steps define the ciycle time of the whole process. From the moulding to the extraction of the first parts spend more or less three days, instead the average lead time of this process is four weeks, without any further superficial treatments. «The injection moulding is the more relevant step for cycle time», clarified Rudj Bardini. «For example, microparts for optic sector, above mentioned, required 15 seconds for a 4 cavities mould». 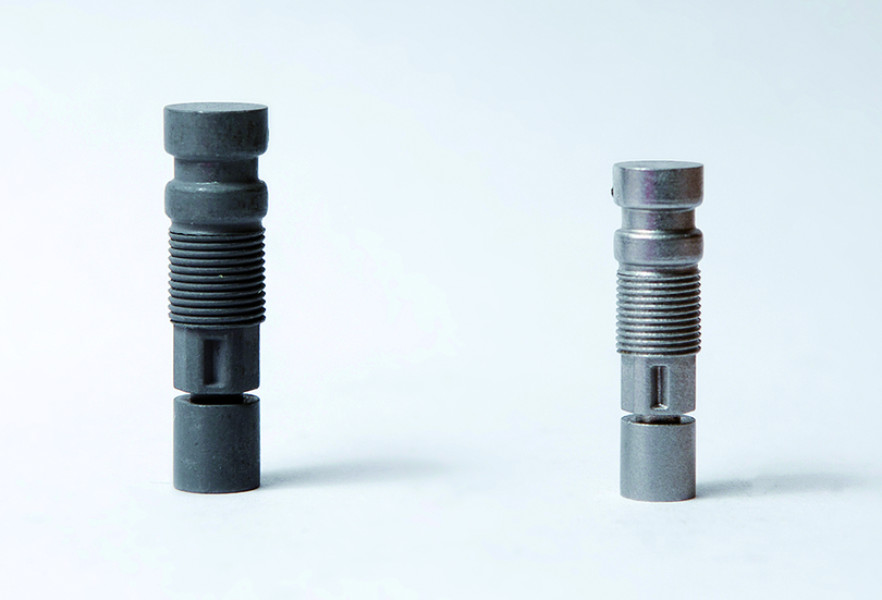 Following the sintering treatment, the parts are placed in a sintering oven where they are compacted 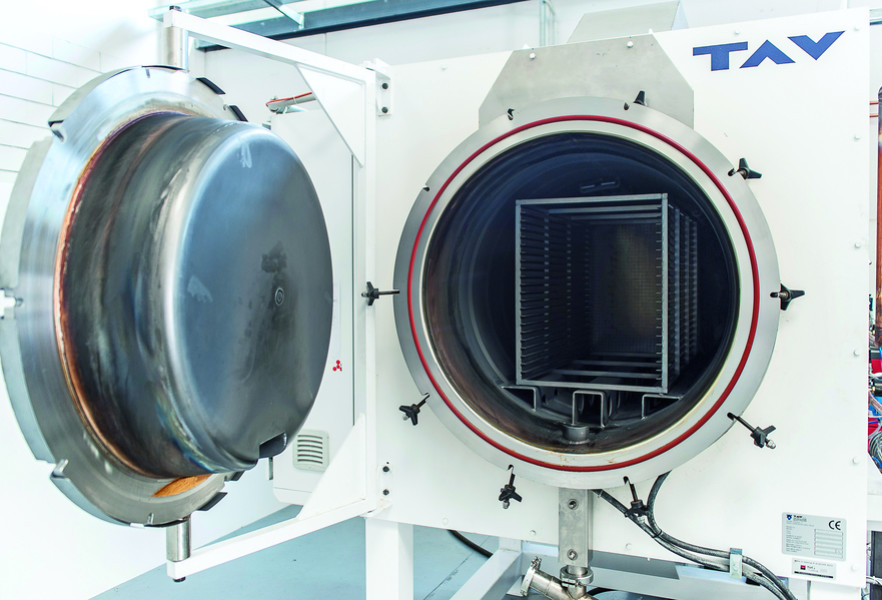 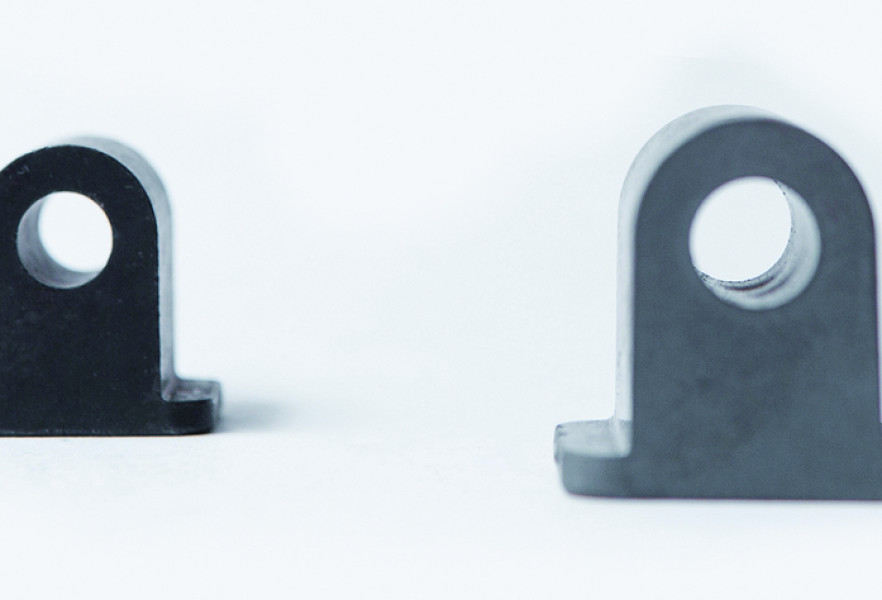 The green parts have the same geometric features as the end product, but are 15-20% larger in size, as they contain plastic and waxes

First step: injection moulding
The injection moulding machine for MIM are similar the traditional one, except for the raw material of the screw, the cylinder and other device. The MIM of Mimest consists of EcoPower 55 by Wittmann Battenfeld, provided with MIM/CIM package. The MIM material used is a feedstock composed by a binder, a mix of polymers and wax and Metal powders composed by spherical particle with diameter 20 micron. This spherical particle represent 92% of the whole feedstock. The material is injected into the mould, where it reaches a range of temp. from 60 °C to 80 °C, but never the melting point.
«The spherical shaped of the Metal powders avoid the abrasion of the mould and, contrary to what people may think, is really weak compared with the plastic’s parts. So the “green parts”, moulded parts, haven’t strong texture, making essential to provide the mould with more and bigger ejectors than ones used for the plastic moulding», explained Rudj Bardini. «The extraction of the parts must be carried out by a robot that provide also the separation between parts and sprue when they are laying on the conveyor belt.
The MIM technology required absolutely a robot for the extraction of the parts. In the traditional moulding parts with little size parts are usually ejected and free to fall on box or conveyor belt. With MIM technology, being “green parts” very weak (more than glass), is not possible to let them fall. Therefore their extraction is critical and thanks to the Wittmann robot’s control that, with detailed regulation, minimize the extraction’s effort. Furthermore, it is necessary the precise gripper vacuum monitoring to avoid to damage parts. This is perfectly done through the new SW R 8.3 version of Wittmann Robots that, thanks to analogic Venturi vacuum, permits a precise regulation in each cycle, verifying that all the cavities are completely and correctly extracted.
The customer’s choice for IMM and robot was for the Insider solution. This solution permits work area’s reduction, complete CEE working cell declaration, double working panels, IMM and robot common data saving and a closer and deeper operations interaction (reduction of the cycle time with extended SmartRemoval function).

Second step: the debinding
Green parts are immersed in a solvent (in this case, water) for a variable time in according to their sizes. «This step, called primary debinding, permits to remove one of the polymers’ element of the blinder – there is range from 4 and 7% – that in the first step facilitated the filling of the cavities in the mould», continued Rudj Bardini. Later, objects are dried and put into an oven at 650 °C for the secondary debinding.

Third step: the sintering
Take out from the oven, the parts go into a sintering oven, where they are compacted. In according to the alloy used, 1.400 °C are reached; this cycle require 10-12 hours. «Since moulds are oversized respect to the final parts, during the sintering, the spherical particles are recompacted causing a volume’s reduction of the parts», concludes Rudj Bardini. 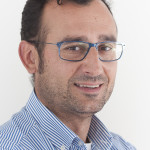 In 2014, the turnover of Mimest was at a level of around 1.8 million euros, 90% of which generated by Italian customers, that, in turn, export their products abroad. Matteo Perina the company’s managing director states: “Those that choose us are looking for a manufactured pieces with high quality aesthetic and technical features, which are difficult to realize using traditional technology, the economics of which are comparable with those that are obtained using MIM technology”.
How are you placed on the Italian domestic market?
The sector is worth around 10 million euros in Italy. There are very few competitors specialized in MIM, and they are usually companies whose core business is plastic material processing.
Has it been difficult to enter the market?
The small size of our company tends to make it difficult to approach the larger-volume clients. This has meant that it has taken a long time to create a niche and to succeed in winning market trust. With a view to this we initiated collaboration with a partner operating in the automotive field; we do not expect great margins from this initiative, but a positive feedback which will allow us to extend our products to other sectors.
In dealings with the customers, how are the projects managed?
We directly manage the design stage, over which the customer always has ultimate control. We generally assess the viability of MIM for the particular product and thereby “translate” the geometry. The next step being the design of the mould itself, that requires different criteria as compared to those used in injection moulding. For example it is necessary to take into account the alteration in the size of the moulded piece following the sintering treatment. We are not directly involved in the mould construction but we use suppliers based in the Veneto and Lombardy regions.
Despite Austria being very near, you have preferred Italy…
We immediately focused on the development of the equipment, avoiding any speculative logic. We have invested capital, and passion above all, which remains the best resource available to the Italians.