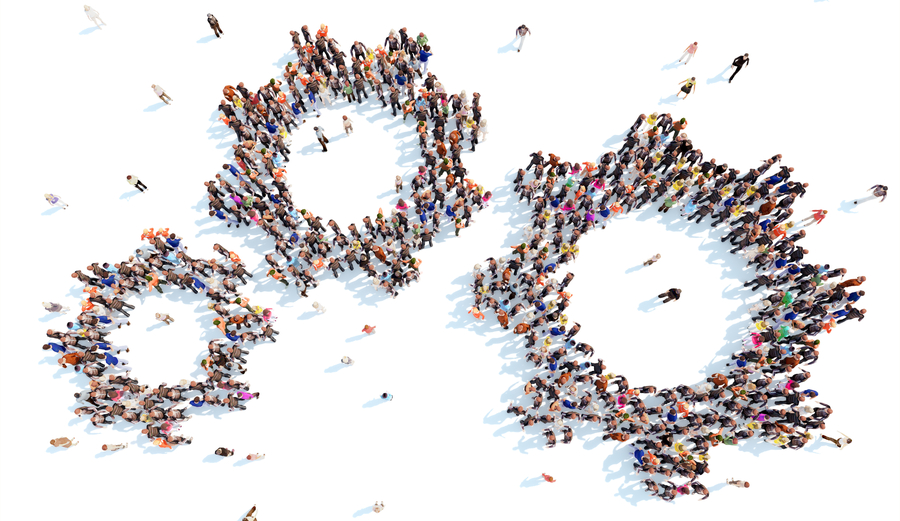 The crisis of recent years has profoundly changed the panorama of small and medium enterprises. However reorganisation is underway to offer the market strengths in terms of work and specialisation. We talked to Massimo Desideri, President of the Chemical, Rubber and Plastic division of the trade association Confartigianato Imprese.

«Ours is an extremely heterogeneous world, comprising of six thousand micro and small business that are all very different from each other. There is obviously a vast plateau of companies who subcontract products and parts, but there are also numerous businesses who have carved room for themselves on the market by delivering excellence in the products they have devised, designed and made, as is the case, for example, in the automotive and biomedical sectors». Massimo Desideri, President of Confartigianato’s Chemical, Rubber and Plastic division, outlined for us a panorama of a world closely linked to the pride of craftsmanship and Italian-made goods. While suffering very much like other sectors from the upheavals of the national and global economy in recent years, it stands with pride and a sense of belonging with the strengths of a world that revolves around passion for craft.

In recent months, talk of economic recovery has come from many parts. And the recovery is also beginning to reach the plastic industry. What do you think about it?
It is difficult to be able to speak for everyone when you represent micro and small enterprises, but also other more structured businesses which, more than anything, work in an industry that is by nature broad, where different pipelines interweave, and don’t always respond to market changes in the same way. Certainly, the common denominator among small and medium enterprises during the crisis years was, unfortunately, decline. And today, we are certainly experiencing a period of suffering, that we are facing and which in many cases, fortunately, we are overcoming, bringing to the table all the typical tenacity and inventiveness of craftsmanship. 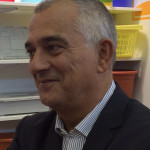 In these difficult years, how have the key markets changed?
The key markets for selling products continue to be concentrated in European nations which have historic ties on the pipeline, starting with Germany. The problem is, rather, facing increasingly fierce overseas competition, especially from so-called new emerging countries. This is the case of Turkey, which in recent years has experienced a boom in the rubber and plastic industry, having thriving businesses of all sizes, as well as having the direct presence of major world players who view Turkey as a potential bridge to Middle Eastern markets. If, in addition to these conditions, we add incentive policies in sectors that are beyond the reach of the European and Italian regulations our companies have to abide by, suffering is the natural progression, especially for smaller enterprises who are less specialised in offering added value market solutions and products.

A number of markets, starting with China, for years have been a point of reference for purchasing machinery and moulds. Is this still the case?
Undoubtedly over recent years we have seen the emergence of a preferential relationship with China, which appeared to offer more interesting solutions than other markets, especially in terms of costs. Over time, this trend has stabilised and today an increasing number of companies are once again turning to Italy for machinery and moulds. The quality, availability of spare parts and particularly greater reliability over time has brought a return on investments from Italian products which, compared to higher purchase costs, deliver better guarantees.

Over recent months, you raised the alarm over soaring raw materials prices. Why did you take this stance?
The situation I was referring to happened before summer, when the almost simultaneous closing around the world of more than 40 plants resulted in an immediate spike in polymer raw material costs, which threatened to create difficulty throughout the plastic industry. This caused major problems in sourcing materials, especially polyethylene and polypropylene, shooting prices up by 60 per cent. Recently, the situation has improved, but it is understandable how these swings, which led to periods of 4-5 months of rising prices, each time risked thrusting hundreds of companies into crisis. And if the larger, more structured companies are having difficulty, just think what could happen to smaller companies, or companies who base their work of the provision of products, including for third parties, based on large quantities. It is easy to understand how a sharp spike in costs can lead to the sudden reduction in earnings, already lower for companies with products having lower added value.

What are possible remedies to the situation?
It is difficult to find a solution downstream in the pipeline. Companies in this segment lack strength in capital, and attempts aimed at creating networks, for example creating raw material buying collectives. are difficult to implement, especially in the plastic segment where there is much fragmentation among companies. but also the type of raw materials and the formulas to use. The only hope is to pay greater attention to the level of control, because it often happens that prices are not just influenced by market laws, but also by speculative manoeuvring.

The image of Italian artisanal companies is closely linked to the concept of quality and family-run business. How is this generational change handled?
In the world of Italian small and medium enterprises, family-run business continue to represent the majority of cases with added value and a guarantee of continuity. Certainly rapid changes in market scenarios and increasingly aggressive competition make a simple passage from father to son more difficult and traumatic. Not by chance, managers are increasingly often being brought into companies to oversee the transition. We think of those companies that were incepted, grew and prospered based on the intuition and the work of the first owner. In many cases, the arrival of a temporary manager is proving to be an optimal solution to guarantee continuity, but also contribute to providing the company with new ideas and instruments to carry out the “hand over” to new generations.

To conclude: what is your opinion on the industry’s medium-term prospects?
It is undeniable, the consecutive years of crisis starting in 2008 profoundly changed the country’s manufacturing make-up. This trend has stopped, and taking a small step at a time, medium and small companies are regaining their competitive edge. We might talk of a slight recovery, but only if we make it clear that certain levels and certain numbers that we were accustomed to ten years ago are unlikely to return. Today, we can say that it is fundamental to stop the haemorrhage from companies. The creativity and quality that characterise Italian products have remained intact and it is using this knowledge, which without question represents our great strength, that we must start over.

Industry figures
Confartigianato Imprese is the most representative Italian organisation of micro and small enterprises, grouping together a million and a half artisanal businessmen and three million employees. In the spring of this year, the directors of many of the categories represented by the organisation were replaced. Massimo Desideri, owner of Utilplastic based in Larciano (near Pistoia), a company in operation since 1960, was confirmed as President of the chemical-rubber-plastic segment, representing more than 5700 companies, divided into 4 divisions, with more than 25,000 employees. This includes the manufacture of rubber and plastic articles grouping more than 4600 companies, followed by the manufacturing division for chemical products, with more than 110 member companies. The representation also extends to the manufacturing divisions of coke and derivative products from petroleum refining and the manufacture of base pharmaceutical products and pharmaceutical preparations.