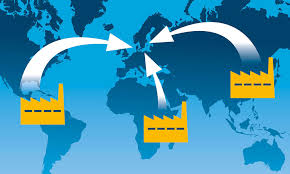 A serious commitment to reshoring manufacturing must begin with die and mold tooling. For the production-scale manufacturing of metal and plastic parts, the die or mold is the starting point, and it contains much of the innovation related to both product design and the manufacturing process. These topics were discussed in an article by Peter Zelinsky, who also filmed the following panel discussion, involving Bill Berry (Die-Tech and Engineering, Michigan); Don Dumoulin, CEO of Indiana mold-maker Precise Tooling Solutions; Steve Kline, chief data officer with Gardner Intelligence; and Harry Moser, founder of The Reshoring Initiative.

Berry looked back at the late 1980’s when the offshoring trend began. «Carmakers», he said, «started exploring producing their products overseas then, and they were exposed to dramatic savings in tooling that low-cost countries could provide. I think they felt that nothing was given away by just buying low-cost tooling, foregoing all the knowledge that is built into the tool when you work closely with a tooling supplier».

Moser noticed that «when tooling is done offshore, there is a different language, a different time zone and no chance to meet face to face» and «the partnership between tooling buyers and producers is largely reduced». So, «it is critical to optimize the product and the process by working in parallel rather than separating buyers from producers». Furthermore, there’s delivery: «A big tool takes a very long time to ship by boat, or else there’s airfreight. Add in tariffs, if applied, and intellectual property risk.: these things can be substantial for manufacturers».

Zelinsky pointed out that the tool and die sector is relatively small but it controls much larger sectors – molded plastic parts, die-cast parts, stamped parts all need tooling, – and questioned whether it could be possible to describe the actual size of the industry.

«Since 2011 or so», Kline stated, «the US die/mold market has been about $6 billion on average but that figure does not include in-house OEM production. Since 1989, die and mold imports have been steadily increasing in the US; exports remained relatively the same. If we add imports to production and subtract out exports, we get US consumption of dies and molds. For the last three years, we’ve been around $8 billion, an all-time high for die and mold consumption here. But if we look at where dies and molds are used, if we look at custom plastic processors, those companies ship about $100 billion of plastic parts per year: molders alone account for more than 10 times the size of the die/mold market. As for dies and molds, they account for less than 10% of the relevant market».

Tooling, as Zelinsky underlined, is also rather expensive. Dumoulin explained the reason why. «Our molds», he recalled, «sell for somewhere between $100,000 and $150,000. They weigh somewhere between four and six tons, and we’ll have some 2,000 hours of design and then manufacturing. They’re all high-caliber steel with very complicated movements. Any plastic part you see in your car or in your daily life comes out of two big blocks of steel but if you look at the whole process you realize why there are a lot of moving parts: because when that mold pulls apart, there are slides and lifters and other elements that help release that plastic part. These tools are complicated, and take skilled craftsmen to build them».

Zelinsky noticed that manufacturers seek a lower price for their tooling from an overseas supplier, but price does not necessarily imply a saving. «It can be a savings», Moser said, «and it probably was 20 years ago when Chinese labor cost was so low. The issue is the way companies look only at that price, or the wage rate, and at the total cost of ownership (TCO). When you add in all other factors – duty-free carrying, cost of inventory, quality differences – you get a different picture. When companies look only at price, the U.S. wins 8% of the time, when they look at TCO, we win 32% of the time, when they look at TCO plus the effect of recent tariffs on tooling, the U.S. wins 46% of the time»: numbers show the U.S. is in a much stronger position.

Berry commented that «many tooling buyers don’t really have a good handle on their total cost to produce parts. If you look at the line item for tooling costs, invariably, it would be higher if the tool was acquired here. However, we are often able to supply ideas and changes to the manufacturing processes that greatly reduce part production costs». Plus, one has to take into account the knowledge of operations, that allows molders to suggest design changes, to reduce costs to source the parts. «When you go offshore, you send out a print. There are language barriers, and the company that’s quoting probably knows nothing of your operations. You get a price. The company gives you the price you asked for. They don’t give you ideas to improve operational efficiencies», Berry said.