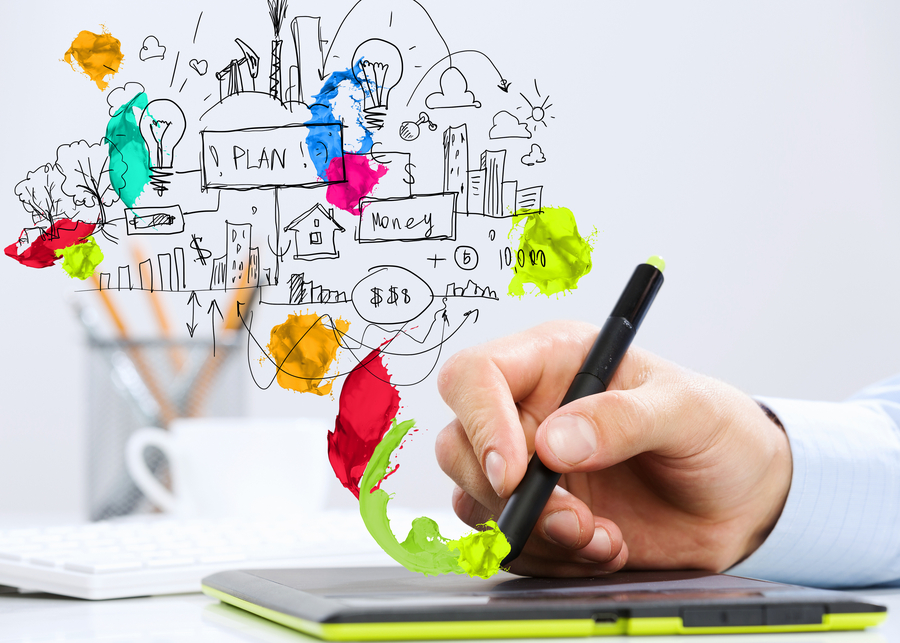 There are many well-run small and medium-sized enterprises in Italy able to create added value and jobs even in these times of recession, that are struggling to raise sufficient funds to initiate projects and finance investments in the medium and long term. The banking system, burdened by bad debt and insolvencies, is now very cautious when it comes to granting new lines of credit, and access to the more traditional financial markets can be severely limited by a company’s size.

Corporate bonds for SMEs
The answer may come from a recent financial package created specifically for this type of company – the mini-bond. Between July and August this year thirty SMEs decided to issue bonds worth about one billion euro, in tranches ranging from 5 to 200 million euros. This package was initially introduced by the Monti Government in 2012 via the Decreto Sviluppo (Development Decree), but only now that the operating structure and fiscal adjustments – including a range of attractive tax breaks – have been completed, has it finally become operational.
It will take time before mini-bonds become widely used among companies, but there is certainly no lack of interest, particularly in the rubber and plastics industry. This is demonstrated by the experiences of companies like the GSI Group, Manifattura Plastica and Sigit, who were among the first to see their potential. 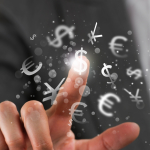 The mini-bond is a debt instrument just like all the others, with a single peculiarity: it can be issued by a non-listed company, provided it has a turnover of at least two million euro. Another difference from the traditional corporate bond is that the pool of potential buyers is limited to institutional investors: insurance companies, loan funds, securitization companies and professional investors, while small investors and those owning shares in the issuing company are excluded. There are few formalities: you must be supported by a sponsor and have up-to-date, audited financial statements from a statutory auditor or a reputable audit firm. Like all bonds, government securities pay out a rate of interest, in the form of annual or semi-annual dividends and as such have an expiry date. All these requirements must be met, but they are not sufficient to guarantee a successful outcome. You would be wise to consult a financial expert, someone who can instil confidence in potential investors, prepare financial statements (that are clear), and provide a documented development perspective for the medium and long-term, which can attract capital in search of a fair return on investment. Third party ratings are not necessary, although this will help to attract investors and maintain interest rates low.

Bolstering corporate finance
The mini-bond could be described as a way of financing corporate development, which can be used to fund growth or internationalization projects. It is not suitable for solving problems of cash or a fall in turnover; these are problems that need to be addressed in other ways, for example by finding a private equity fund or restructuring the debt.
Nevertheless, according to some estimates, Italian companies who are theoretically in a position to offer mini-bonds could be more than 110,000, with the value of bond issues reaching € 100 billion per year. Other analysts are more cautious, and point to companies with a turnover in excess of 5 million euros and established profitability as the ideal candidates – these two characteristics would restrict the number to little more than 10,000 companies, but this is nevertheless no small number.
To facilitate the exchange of securities – and be able to benefit from tax incentives – the Italian Stock Exchange has created a special market for trading mini-bonds: the Extra Mot Pro list. Among the incentives enshrined in law are deductible interest payments (30% of the gross income) and the costs of issuing securities in the year they are incurred, in addition to an exemption from withholding tax on interest paid.

The plastics and rubber industry is interested too
The first company to issue mini-bonds, almost a year ago, was CAAR of Orbassano (near Turin), an enterprise that operates in the automotive, aerospace and rail industries. This was followed by another twenty medium-sized companies, including a group of manufacturing firms operating in the plastics, rubber and composite materials processing sector.

Click here to read the interview to Giovanni Bettinaglio, CFO at GISI Group

From the end of July, for example, the mini-bond issued by GSI Group – Global System International has been traded on the ExtraMOT Pro market of the Italian Stock Exchange. This company specializes in the production of components in thermoset and thermoplastic composites for automotive parts, agricultural machinery and construction equipment, industrial vehicles and civil electrical components. The Banca Popolare di Vicenza is managing the Lombardy-based company’s 6.75% fixed interest rate bond for a minimum amount of 5 million euro (in the end the traded value topped 5.4 million euros) and a duration of five years. When it expires in 2019 the capital will be repaid in full, and accrued interest will be paid on a quarterly basis. «The Mini-bond placement is an important step in the financing of our group through new instruments and alternative developments – says GSI’s President, Stefano Profeti –. The strategic plan proposed by GSI Group under its three-year business plan 2014-2016 sets itself two main objectives: to strengthen the company’s position in the European market by increasing capacity and output and locating production facilities in the vicinity of strategic customers and at the same time up-grade the output capacity of its new production plant in Brazil to service orders for both established and prospect customers. At the end of this period, the GSI Group predicts consolidated revenues of up to € 91 million and an EBITDA of € 7.4 million».
Founded in 2002 as a subsidiary of Lonza Composites, the GSI Group currently employs 350 people (with employment levels expected to rise in the short term by up to another 500 jobs) and has plants in Italy, Germany, the United Kingdom, China and Brazil, where thirty vertical presses with clamping forces ranging from 100 to 4,000 tons are located. The company ended the year 2013 with consolidated revenues of € 64.5 million, an increase of 7 percent on 2012, and a gross operating margin (EBITDA) of € 3.9 million, up from the 2.1 million of the previous year. 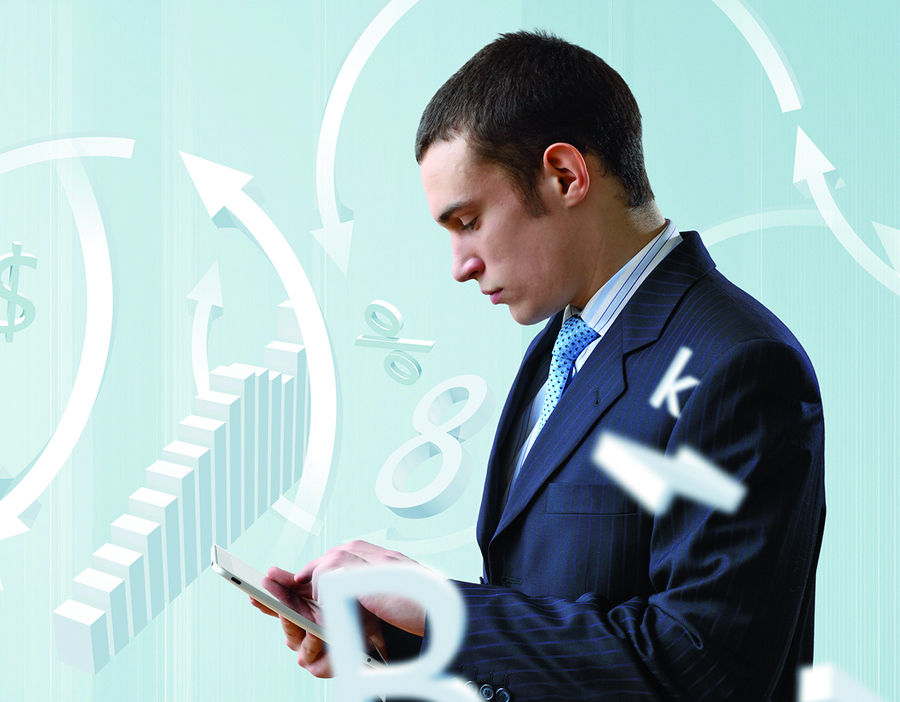 An innovative tool for growth
Around the same time, MPG Manifattura Plastica, a company specializing in the production and personalization of thermoformed or injection moulded plastic food packaging, succeeded in launching a five-year mini-bond worth € 3 million, expiring July 31, 2019. Securities are paid out at an annual nominal, variable interest rate – three-month Euribor + 400 bps, with a six-monthly dividend. The company, which was founded in 1976 by Giampiero Perego, recorded a turnover of 15.3 million in 2013 with a gross operating margin exceeding 10 percent of the turnover and a net debt with the banks of 5.4 million. «We decided to opt for the mini-bond solution because we consider it to be an innovative tool for both access to new financial resources, which are important to sustain growth, and also the basis for providing adequate internal organizational tools all under the same roof» says Giampiero Perego, president and CEO of MPG.
In August SIGIT (Società Italiana Gomma Industriale Torino), a manufacturer of plastic and rubber components for automobiles and household appliances, successfully issued a € 6 million mini-bond, which will be used to refinance maturing bank debt and provide the funds required to invest in new projects. Once again the expiry term is five years, but investors will benefit from a fixed dividend of 6.25%. Eighty percent of the loan was guaranteed by Fondo BnpNP Paribas Bond Pmi Italia, managed by BNP Paribas Investment Partners, with BNL (Banca Nazionale del Lavoro) picking up the remaining 20%.
SIGIT has a turnover of 77 million euro and has nine production plants, including five in Italy, where over 800 people are employed. The production departments house about one hundred injection moulding machines for thermoplastics, 5 two-component injection machines and another 34 injection machines for processing rubber, as well as four extrusion lines and two plants for flexible polyurethane foams.

When the time is ripe
As time passes, the increase in the number of companies issuing mini-bonds will focus the interest of potential investors on listed companies and more robust issues. The minimum issue price is likely to grow, cutting out smaller companies. Ideal candidates for this debt instrument appear to be medium-sized enterprises with a turnover exceeding 50 million euro that operate in dynamic markets with good growth potential and have plenty of interesting and credible development projects in the pipe-line – at least in the mid-term. In other words businesses that have what it takes to attract international investors.