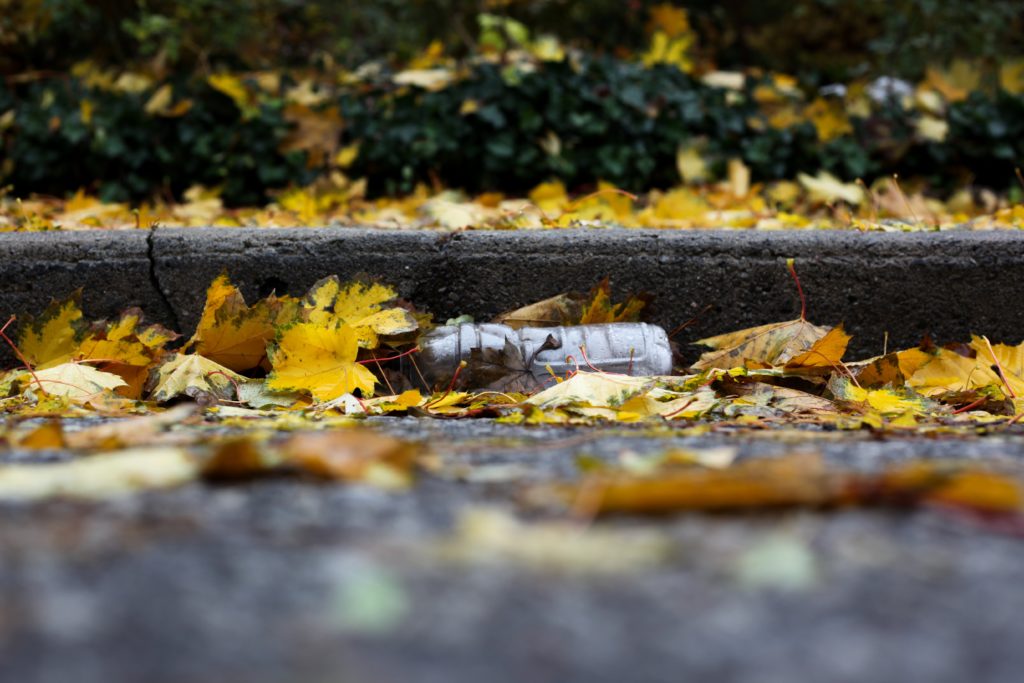 Littering is one of the worst forms of environmental degradation. But now there is an app to help us solve the problem

How do we react when we see cigarette butts, waste paper or plastic items of various kinds discarded on the beach, in parks or in city streets? Most of us probably think, well, it isn’t “my” waste; someone else will get rid of it. Well, that’s certainly not the view taken by Jeff Kirschner, inventor of an app called Litterati, designed with the aim of creating a community willing to clean up the world – piece by piece – through a fun and shared experience. The idea came to him during a walk in the woods near Oakland, when his four-year-old daughter, on spotting a large piece of rubbish in a creek, exclaimed: «That doesn’t go there!». The little girl’s indignant remark triggered a train of thought that took Jeff Kirschner back to the summer camps of his childhood. «On the morning of visiting day, right before they’d let our parents through the gates, our camp director would say: “Quickly, everyone goes and pick up five pieces of litter”. In this way, pretty soon we’d got a much cleaner camp. So I thought: «Why not apply this same clean-up model to the entire planet?» he recounts in a TED Talk. And so, by himself, he embarked on a project to make the world a litter-free place. Basically, he wants users of the app to find litter, photograph it and log it using the app, before picking it up and disposing of it in an appropriate bin. This is how it all started: «I took a photograph of a cigarette using Instagram. Then, I took another photo, and another photo, and another». As the days went by the collection of photos grew and became increasingly surprising, and in some cases even artistic, but the most important thing was that «I realised that I was keeping a record of the positive impact I was having on the planet» Kirschner goes on. His photographs were soon being shared on social networks, and many other people started contributing to this “virtual landfill”, changing their habits, behaving more responsibly, and, ultimately, making our planet a better place. Above all, the initiative has the effect of changing the way the problem is regarded, as people who once felt alone in taking the trouble to pick up waste resulting from the careless and uncivil behaviour of others now realise that they are part of a community with a common purpose. The Litterati app currently aggregates millions of people around the world, and has been met with a particularly active response in the Netherlands (1,367,206 waste items collected) and the United States (1,134,881), followed, some way behind, by the UK (248,896), Australia (246,312), and Austria (166,071). Italy does not feature in the statistics published on the homepage of litterati.org.

«One day a photo showed up from China, and that’s when I realised that Litterati was more than just pretty pictures» Kirschner says, explaining that it was becoming a database of information that tells you where litter is being left – every image is mapped on Google – and what kind of litter is most often abandoned. To date, almost 4 million items of waste have been logged and collected, with #plastic (1,141,684) ones making up the vast majority, followed by #cigarettes (357,253), #paper (334,159) and #can (210,950). These data will certainly please plastic-free campaigners, but at the same time they show that waste paper is just as much a problem for the environment as cigarette butts. The statistics also report the frequency with which certain brands appear as litter, brands such as #McDonald’s (42,094) and #Redbull (38,477). These data could potentially be useful in efforts to get leading brands to look for more environmentally sustainable forms of packaging, or to promote more responsible behaviour by offering consumers incentives for returning empty containers.

However, at the end of the day, it is natural to wonder whether Litterati is merely a fun social activity for the “greenest” among us, a technology that promises great things in environmental terms which it may fail to deliver, or a project with the capacity to promote real change. Kirschner tells the story of how, a few years ago, to address the problem of cigarette butts, the city of San Francisco imposed a tax on cigarette sales, only to then be sued by the major tobacco companies. By making it possible to actually map the presence of cigarette butts, Litterati provided the evidence that allowed the city not only to win the case, but also to double the tax, thereby generating an annual recurring revenue of four million dollars to help San Francisco to clean itself up. Closer to home, a primary school in Modesto, California, stopped buying plastic straws for the school cafeteria after finding that they made up most of the litter found in the schoolyard. In this particular setting, Kirschner feels it would have been more appropriate to focus on educating the children, increasing the number of litter bins, and locating them more strategically. This is indeed an approach that, on the basis of the Litterati maps, could be adopted by cities around the world.

The figures reported in this article are updated as of September 9, 2019