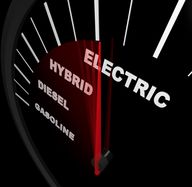 Cars are becoming increasingly comfortable, safe and efficient. Not to mention beautiful. It’s been a lengthy evolution spanning more than a century, though the DNA has never been modified. Then, at the end of the Nineties, the first hybrid and fully electric vehicles were sold. A new concept that, for objective reasons, was never really convincing, and that only in the past few years has expanded to different car makers. Technology, in the meantime, is proceeding at full speed: batteries are becoming increasingly light, compact and efficient, and vehicles are becoming better equipped to carry them. Even recharging infrastructure is growing. Is electric mobility truly “disruptive”, capable of rewriting the way things are done?

I do not believe it is a question of “whether”, but of “when”. The question is, in fact: how long will it take to transform E-cars into rapid recharge utilities, with time frames comparable to filling a tank with petrol? And first and foremost, when will the vehicles be economically accessible to the masses?

According to Bloomberg, the turning point will come in about 2022, when the price of electric vehicles will be comparable to the price of internal combustion engine vehicles. Acceleration, at that point, will be inevitable, boosting sales to 35% of global sales in 2040. But today there is a different reality. The number of electrical vehicles sold in 2016 ranges from 0.1% in Italy, accounting for 1% of the European market, to 23.3% of virtuous Norway, which alone represents about 18% of the total in Europe. However, even though new car sales in many countries are marginal compared to traditional models, for manufacturers who have believed in eco-friendly mobility more strongly than others, things are beginning to get interesting. According to forecasts, 2016 is expected to close with 800,000 electrical vehicles sold, compared to 550,000 the previous year. Growth is being driven by China in particular, with 225,000 vehicles in the first three quarters of 2016 (+118% compared to the same period the year before), followed by the United States (109,000 units, +33% since 2015) and Europe (151,000 units, +23%).

The picture that has emerged from a recent study by Energy & Strategy Group highlights that 15 car manufacturers make up the market today, with approximately 50 models, including the Nissan Leaf which is confirmed as the most popular model in the world (46,100 sold in the first nine months of 2016), although its share has fallen significantly over the past two years (from more than 19% in 2014 to the current 9%). In second place, despite its characteristics of being high end with a high price tag, is the Tesla Model S (37,450 cars) with a market share of just over 7%. The real surprise, however, comes from the Chinese BYD, which with 50,250 eco-friendly vehicles (between the Tang and the Qin), has risen to the head of the classification. And, considering that sales almost entirely regard the domestic market, the numbers are even more impressive. A real boom, resulting in part from the manufacturer’s policy of believing in electrical mobility since 2008, but also from incentives provided by the Chinese government to fight the problem of pollution.

Evidence shows that things are changing, and that they are destined to change further, because by December 2020, four additional car makers will come on the scene (Honda, Opel, Porsche and Audi) and the array of models will almost triple across the different classes.

R&D, therefore, is hyping up, on a quest to deliver best performance at an increasingly competitive cost. Electricity, or perhaps hydrogen, will be the new fuel. Materials – structural and otherwise – will evolve. Fibre-reinforced thermoplastic composites will replace metal, and polycarbonate glazing will replace glass. But this is already happening. I do not know for certain what the future holds, but I am certain I am not mistaken in thinking that the electrical car cannot exist without plastic.