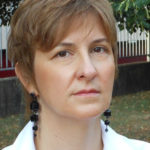 Here are the basic requirements for finding a job in Silicon Valley: you need to have made a mistake and then pulled through. Better still if you did it clamorously. It means you are daring and set your sights high. But the rule goes for everyone, employees and entrepreneurs

My generation – and other generations too I imagine – was raised in the conviction that failure should be avoided and that it leaves worse scars than a disease, sometimes really deep ones. The more indulgent teachers told me that it was not the mistakes that were important, but learning from them. What I still did not know was that over the past few years, the logic of failure has been completely revolutionised in Silicon Valley. At the Facebook headquarters in Menlo Park, the walls are pasted with sayings that would send shivers down the spines of the educators of yesteryear: “Done is better than perfect”, “What would you do if you weren’t afraid?”, not to mention “Move fast and break things” and “Fail harder”. Yes, you’ve got it, employees are encouraged to fail. And not to fail privately in their own little corner, but to do it clamorously. This is the novelty: to fail properly you need to create a certain kind of disorder.

And if the cradle of social networking encourages employees – in the research and development department as well as others – to fail considerably, it is because they know that success only comes when you put your heart and soul into a project. But they also know that if you do not act with determination and enthusiasm, the project will very probably sink. A half failure leaves the door cracked open to second guessing. “If I had done this, if I had said that…”, but a colossal non-success clears up any doubts. It puts an end to the question once and for all: it is an unsustainable idea, project or initiative.

This process has led leaders at Facebook to success, and it is only in this way – they believe – that they can continue to innovate the way have done until now. Considering the results, the logic that errors are admissible – even auspicious – is beginning to become part of a certain entrepreneurial culture. According to Sheryl Sandberg, chief operating officer for Facebook, the majority of venture capitalists who finance start-ups support investing only in companies guided by creative people and business people who have failed at least once: if they have not failed, it means they do not know how to be daring enough.

But, let us be clear, failure is not a guarantee of future success. The person who made the mistake might not have understood the market needs, or does not know how to launch a new business, and was not able to learn anything new from the impasse. Some people, on the other hand, come out proud of their errors, showing them off proudly like war trophies. The business social network, Linkedin, even has a themed channel – My favourite mistake – where chief executive officers and top managers talk about their mistakes and, more importantly, about how they overcame them. Without any shame. After all, they are in good company. History is full of excellent examples. from Apple guru Steve Jobs who spent twelve years on the brink of bankruptcy, to Walt Disney, who was fired for a lack of ideas, to Louis Pasteur, a mediocre university student, and Albert Einstein, who failed the admission exam for the Polytechnic of Zurich. Nobel prize winning tumbles, therefore, with “noble” grazed knees who took the opportunity to reinvent themselves.

And so where is the novelty? After all, the Silicon Valley lesson is not that different from what my most indulgent teachers taught me. Perhaps the logic of glaring failures is nothing more than the means to overcome the fear of failure. Because it is terror that holds us back for fear of making a mistake: the truly paralyzing element holding most people back from taking a risk. But without risk there is no innovation. And without innovation there is no lasting growth.