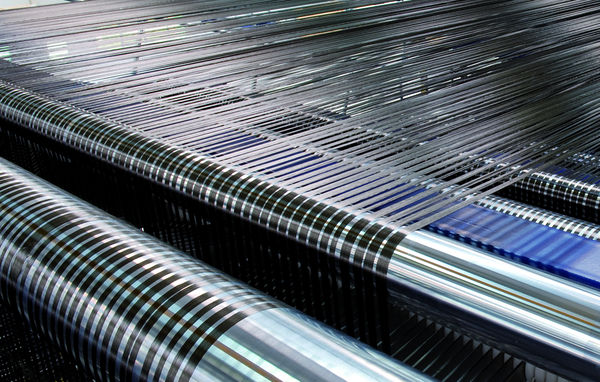 For many years now, plastics have demonstrated their potential as a viable replacement for metals; today, research and development efforts have been focusing on even more critical applications such as the manufacture of structural parts designed to withstand heavier loads and ensure long-term functionality, as well as improved sustainability for the environment. In applications like these, long-fibre reinforced thermoplastics show an optimum stiffness/weight ratio which enables them to comply with the strictest requirements imposed by tests specifications while offering a considerable weight reduction potential at competitive costs. These characteristics have boosted the spread of long-fibre reinforced plastics to the extent that the demand for top quality polyamide-based grades has been rising by about 10% per year, corresponding to +7% compared to traditional engineering polymers.

When manufacturing technical parts, the basic polymers used are polyamides (PA), thermoplastic polyurethanes (TPU), polybutylene terephthalates (PBT) and polyphthalamides (PPA), while for less critical components polypropylene (PP) is preferred, basically because this raw material is more economical, although this affects its impact strength, stiffness at high temperatures and creep and fatigue resistance. Currently, reinforcements are generally made of glass and carbon fibres, while for more critical applications aramid and steel fibres are employed.

The term “pultrusion” derives from the combination of two words, “pull” and “extrusion”. Already known in the 1950s, this technology (Figure 1) was developed to manufacture reinforced plastic profiles and subsequently used to produce long-fibre reinforced thermoplastics.

In the production process of the latter, the reinforcing fibres, wound on bobbins upstream of the line, are pulled through an extrusion head, where they come in contact with the polymer. Plastics are fed by means of an extruder, usually placed perpendicularly to the head itself, while the polymer-impregnated long fibres exit through the holes downstream of the head. The downstream haul-off speed determines the process speed. A correctly designed extrusion head as well as a suitable process parameter setup play a crucial role in ensuring a good fibre/polymer impregnation. This last factor, in particular, is essential in order to grant a top-quality end-product.

Once exited the head, the pultruded product (made of polymer-impregnated long fibres) is cooled down and then cut into pellets with a length ranging from 7 to 12 millimetres. It is easy to realise how the fibres’ length, in this technology, corresponds to the pellet’s length.

In order to obtain a top-quality long-fibre reinforced polymer, both a deep knowledge of the pultrusion process and a correct formulation of the basic resin, which can be specific for this technology, are required.

The difference between short and long fibres

As already mentioned, the reinforcing fibres contained in the pultruded pellets are 10-12 millimetres long while, in traditional engineering polymers reinforced with short glass fibres, the fibres inside the pellets are about 1 millimetre long. The pellet size alone, however, is not sufficient to ensure a top-quality moulded part: the determining factor is the length of the fibre inside the end product, since that parameter affect important properties such as the impact strength and the creep resistance.

A morphological difference can be identified between standard and long-fibre reinforced materials in some moulded parts, too: Figure 2, for example, shows a microscope image of two moulded samples made up of these two different kinds of material.

When moulded correctly, a long-fibre reinforced polymer features glass fibres on average 3 to 10 times longer compared to standard resins containing the same amount of filler. The integration of long fibres into the injection moulded part enables the formation of a “self-bearing” structure which does not change shape even after that the product has been positioned into an oven and the polymer has melted. Figure 3 shows a moulded part before and after this process: note that the long glass fibres maintain a clear “skeleton-like” shape. It is this structure, indeed, which gives long-fibre reinforced materials their distinctive features such as mechanical, thermal, fatigue and creep resistance.

The long glass fibre reinforced plastics can be processed by means of conventional injection moulding machines, but it is necessary to carefully evaluate the processing parameters; likewise, when designing the mould, it is important to choose the right feeding channels and injection gate.

During the injection moulding process, in order to maximise the part’s mechanical properties, it is necessary to follow some important criteria:

• in order to avoid excessive fibre breakage, the shearing forces acting on the polymer should be as low as possible: as a result, the screw rotation speed, the injection speed and the backpressure values should be minimised

• using a low-viscosity basic polymer could help, since it allows for an easier mould filling with reduced shearing stresses for the plastic material;

• in order to avoid excessive shearing stress during the moulding process, the use of open nozzles with a minimum diameter of 4 millimetres is recommended;

• in the mould, avoid too thin feeding channels and cross sections: the injection gate should be larger than 3 millimetres. When possible, avoid injection through too small gates.

For the rest, follow the best moulding practices used for conventional materials.

Long glass fibre reinforced plastics can represent an efficient alternative when conventional polymers do not offer the properties required. When comparing moulded parts made of the same resin reinforced with the same type and amount of filler, it is clear that long fibres, as opposed to short ones, guarantee the following advantages:

• impact strength, even at low temperatures;

• reduced tendency to warping after the injection moulding process thanks to improved anisotropy.

A summary of the differences between materials filled with long and short glass fibres is reported in Figure 4.

An analysis of the different performances offered by long-fibre reinforced polymers and metals shows that plastics offer:

• comparable and often better mechanical properties: lower stiffness can be compensated by integrating reinforcing ribs in the right positions;

• improved output thanks to quick moulding cycles and to the elimination of post-processing operations;

Analysis of the characteristics

Here follows an in-depth analysis of the abovementioned properties, based on a quantitative comparison of the characteristics of polymers in both long and short fibres formulations, and also with those of metal alloys.

The data reported below are referred to measurements carried out at the Radici Plastics facility on long glass fibre reinforced polyamides, recently launched on the market under the Radistrong® brand. The properties of the metal alloys involved in the comparison are drawn from literature.

Figures 5 and 6 show how Radistrong A LGF50W (a PA66 grade filled with 50% of long glass fibres) features higher tensile strength values compared to PA66 reinforced with 50% of short glass fibres (PA66-GF5O), in particular at high temperatures. As far as the tensile modulus is concerned, the values recorded at 23 °C are almost equivalent; however, long glass fibre reinforced polyamides are stiffer at high temperatures. The comparison of these materials stress-strain curves at 150 °C (Figure 7) shows a 20% increase in tensile breaking strength, with the long-fibre reinforced sample slightly less prone to warping.

The long glass fibre reinforced polyamides density is significantly lower compared to zinc and aluminium alloys, even when high amounts of fibres are integrated into the polymer (Figure 9).

This advantage turns out to be particularly interesting when the goal to be achieved is part weight reduction, especially in automotive applications, where the components weight determines the fuel consumption and carbon dioxide emissions of a vehicle.

A comparison of the characteristics of plastics reinforced with long fibres and metal alloy fibres (Figures 10 and 11) highlights lower Charpy impact strength (without notch) at room temperature, which however increases at -30 °C. The tensile breaking strengths are quite comparable. It is important to observe how, when considering the values in the charts in relationship with the materials specific weight, the best results are clearly shown by long glass fibre reinforced polymers.

In particular, in the flex fatigue tests, the Radistrong polymers reinforced with 50% and 60% long glass fibres showed a limit of 60 to 70 MPa after 7 million cycles, while metal alloys did not exceed 30-50 MPa (Figure 14). Long glass fibre reinforced polymers can therefore achieve clearly higher performance levels compared to light alloys, representing the best choice for manufacturing parts which will have to bear cyclic loads.

Long-fibre reinforced polymers represent an effective alternative when it becomes difficult to replace metal with short-fibre reinforced materials. As already pointed out, factors such as the superior impact, creep and fatigue resistance as well as the higher dimensional stability can play a deciding role in the choice of this kind of materials. Moreover, it is worth remembering that they make it possible to create tailor-made solutions, featuring special basic materials (such as PA6.10 and PA6.12, to reduce hygroscopicity and increase chemical resistance, or high-temperature PA, for applications at over 200 °C in contact with air) or particular reinforcing materials such as carbon fibres (offering excellent mechanical properties combined with lighter weight) or steel fibres.

These materials have already been used in several sectors. In the automotive industry, for example, they are employed for manufacturing engine compartment components (pump bodies, engine carters, etc.) ensuring excellent dimensional stability, improved impact and vibration resistance, chemical strength and optimum surface aesthetics. Besides meeting all these technical requirements, these materials turned out to be an economically attractive solution for large-scale production.