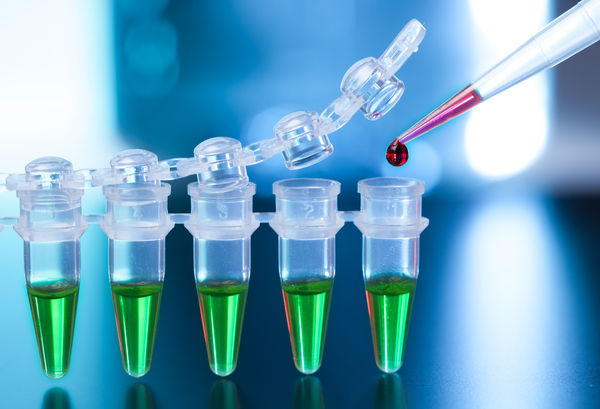 A research group from the University of Milan has developed a process for producing high-performance PLA. It is a technology that promises to open up new possibilities for the use of this biopolymer

Polylactic acid (PLA), a thermoplastic polyester derived from corn or sugar cane, was one of the first bioplastics to be marketed on a mass scale, thanks to several of its physical and mechanical properties that make it, for some applications at least, one of the best substitutes for thermoplastics of petrochemical origin. Initially used in the biomedical sector, to produce suture thread, its use has gradually been extended to other fields and it is now delivered for the most part (around 70%) to the packaging sector, where it is used in the packaging of bread, milk, juices, water, perfumes, detergents, fats and oils, and in the production of rigid packaging for the electronics sector. The rest is used in the textiles, sports and the automotive industries.

However, alongside its advantages, PLA also presents several drawbacks that limit its possible applications. The first of these is its cost, which is approximately double that of certain polymers with which it has to compete, such as PP, PE, and PET. Added to this, it presents a series of problems inherent to the material, such as its stiffness, which makes it unsuitable (unlike PP and PE) for producing soft films, its brittleness, which creates problems during film production and thermoforming, such as rupture of the material in the cutting and trimming phases, and a low melt strength, which creates numerous difficulties in the production of bubble film and in foaming processes besides giving a lot of production wastes that are hardly re-usable. Furthermore, it shows low temperature resistance: it readily buckles at temperatures of over 60 °C and it tends to degrade rapidly when processed at temperatures of around 160 °C, which means that it is impossible to use this material with hot drinks, microwave processing, and the ironing of textiles. Another drawback is its poor gas barrier properties. Indeed, were it to be used as a film for wrapping foodstuffs it would not prevent the passage of oxygen and moisture and the food would, as a result, go off more quickly.

A new family of PLAs

It is not surprising, therefore, that a number of studies, the world over, are seeking to find solutions to these problems, which make the processing of this biopolymer difficult and, up until now, have constituted an obstacle to its use in new applications. It seems that the key may have been found by a study conducted at the industrial polymers laboratory at the University of Milan, where a research group led by Professor Giuseppe Di Silvestro has developed a process for producing a grade of PLA that features properties and characteristics that should allow this biopolymer to compete with the traditional commodities. This work was begun in 2006, initially as a Master Degree thesis, and continued over the following years, culminating, in 2011, in the application for a patent in Italy; at the beginning of 2013, the PCT application was granted, bearing witness to the importance and the innovative nature of the solution developed. The patent is the intellectual property of the University of Milan which manages it through UNIMITT, its office responsible for transfer of technology.

«The research was conducted with the aim of synthesising PLA-based polymers that get around, entirely or in part, the problems associated with the PLAs currently available on the market, but also with the aim of obtaining results that might be immediately and readily transferable to production» explains Marco Ortenzi, one of the members of Di Silvestro’s research team. Seven years of work, requiring funds amounting to around 700,000 euros – 200,000 came from a grant from the Fondazione Cariplo in Milan (co-applicant for the patent together with the University), which the research group was awarded for the biennium 2009-10 –, have come to fruition, resulting in the synthesis of a new range of high-performance PLAs, capable of opening up the way for new, higher added value applications of this material.

«Our materials offer substantial improvements compared with their industrial counterparts – says Marco Ortenzi –. They have superior barrier properties and greater softness, but what really stands out is the fact that these properties can be formulated and regulated to obtain different grades depending on the application requirements. Above all, they have excellent thermal stability: one need only consider that, even without the addition of stabilisers, they can withstand a temperature of 190 °C for as long as 20 minutes without showing significant deterioration, which for an industrial PLA is inconceivable».

The researchers obtained these results by modifying the macromolecular structure of the polymer.

The synthesis process they used was bulk polymerisation of L-lactide, which is the dimer of lactic acid and the starting component widely known to be used in the production of PLA. Basically, the lactide reacts with itself and, by means of a catalytic ring-opening polymerisation step, leads to the formation of PLA. This procedure is similar to that adopted by leading producers of PLA, as is the equipment used, i.e. standard autoclaves as used for the synthesis of polymers, in which the process takes place at a temperature of 170 °C-190 °C.

Table 1 Comparison of several properties of PLA NatureWorks and of the star PLA referred to in figure 2, synthesised at the University of Milan. With the two showing the same Young’s modulus, the Italian PLA emerges as the more flexible

The industrial operators start with lactic acid, using it to create lactide, which they then polymerise to obtain PLA. The Milan-based researchers, on the other hand, skipped this first stage to focus on the polymerisation step that constitutes the heart of the innovation. Basically, the difference compared with industrial synthesis procedures lies in the formulation of the recipe. In addition to the use of the catalyst, generally Sn(oct)2, which is commonly used, the process developed involves supplementing the lactide, in the feeding stage, with small amounts of other co-monomers and, possibly, with commercially-available mineral nanoparticles, in order to give the product the desired properties. Put more simply, the different polymer grades – including those containing nanofillers – are obtained through synthesis, not compounding. «In short, it is all about acting on the macromolecular architecture of the material in order to modify its polymer chains slightly according to the characteristics to be conferred on the material, without the use of additives, such as antioxidants and stabilisers – the researcher explains –. This is how we get these innovative PLAs, whose components are at least 98-99 percent biodegradable».

All this has resulted in a marked improvement in the processability of the material. Whereas the extrusion of PLA is a procedure commonly performed, albeit necessitating small adjustments, injection moulding is extremely problematical on account of the resin’s properties, which are poorly suited to the demands of this technology.

The main difficulties are linked to the high viscosity of the material, which is necessary to guarantee its good mechanical properties, and its low crystallisation capacity, which prevents the polymer from flowing well and cooling well inside the mould. Furthermore, during the thermal cycle, the high temperatures (from 160 °C to 190-200 °C) coupled with the mechanical stress typically associated with the moulding process cause a certain degree of degradation of the biopolymer, a problem further exacerbated by the high moisture absorption (tending to result in hydrolysis) typical of PLA which, in these conditions, results in breakage of the polymer bonds.

«Taking this fact as our starting point, we developed a family of PLAs specifically formulated for moulding, managing to limit the reactions that cause degradation of the material at high temperatures – Ortenzi goes on –. In particular, we improved the crystallisation capacity of the biopolymer and made it possible to modulate its viscosity within a very wide range, so as to be able to obtain resins with a melt viscosity up to 10 times higher or lower than that of industrial PLA, which are therefore suitable for processing using the different moulding techniques».

To bear all this out, the researchers cite the results of tests carried out at the university laboratory to certify the properties of the material, and of the injection moulding tests carried out with the support of Guzzetti Master, Turate (near Como), a company whose equipment was used to produce, without any kind of problem, specimens having thicknesses up to 3.2 mm. «We could probably do even better than this, using larger quantities of material and thicker moulds – remarks Ortenzi –. But we feel that, with these results, we have already given an important boost to the use of PLA in applications until now precluded, such as the production of containers, rubbish bins, vases, flowerpot stands and other, for the moment, small objects, it not yet having been possible to conduct tests on larger objects».

From bench to industry

It now remains to take the big leap forwards: to make the transition from laboratory scale to industrial scale. The researchers do not see this as problematical in a technical sense. One of the strengths of the new materials is that they can be produced using the same equipment used for the synthesis of common polymers, without making major changes to facilities, and with the same production costs as those generated by the PLAs currently on the market. The same goes for the processing technologies. «Indeed, an objective of the project was that of no additional costs for those wishing to use these materials in the industrial setting, not least because the applications nearly always concern products with a relatively short service life for which a price increase would not make sense – continues Marco Ortenzi –. Thus, all that we have developed is achievable using machines and components that are widely available on the market and can be obtained from a number of suppliers».

This, however, is where we run into problems, which are due, basically, to the lack of an industrial partner with which to take the plunge. The researchers in our laboratories can synthesise up to a maximum of one kilogram of PLA, but a larger amount is needed in order to assess whether the material, produced on a larger scale, maintains the same properties, and possibly to modify it, so that it can then be tested by processors and optimised for specific applications.

«We are now in a deadlock: although we have encountered considerable interest on the part of processors, we are unable to produce the material in the quantities needed in order to submit it to them for evaluation – concludes Marco Ortenzi –. The reason for this problem is that in Italy, while we have several users that process PLA supplied by major international producers, there are no companies with know-how on the synthesis of the biopolymer. To get beyond this deadlock we have, albeit reluctantly, started to look abroad, where there seems to be more fertile ground for the continuation of this project». 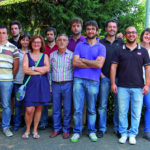 Engaged for more than 40 years in the synthesis and study of polymeric materials, Prof. Di Silvestro is a professor of Industrial Chemistry at the Department of Chemistry of the Faculty of Sciences and Technologies at the University of Milan. In the past 15 years, his research group (which includes Hermes Farina PhD and Marco Ortenzi PhD) has focused primarily on the study and development of industrial polymers, and he is the author of around 15 international patents, including those relating to nylon Technylstar® Rhodia. His team specialises in the characterisation of polymers and in the synthesis and, in general, the development of new materials and new applications for polymers in a wide range of fields; these activities are carried out both independently and in collaboration with companies.[/box]