In addition to the acquisition of a 70% stake in Microtec, a biocompound producer, an Italian group Sirmax has also invested in a second plant in Poland, and in plants in India and the USA

In the context of a 2019-2021 strategic plan centred on geographical and portfolio diversification, the Italian group Sirmax is certainly going all out to pursue a circular economy approach. This is what emerges from its recent investments in new production capacity and takeover operations that challenge the currently difficult macroeconomic situation and the crisis of key sectors such as the automotive industry.

After entering the world of post-consumer plastic recycling through the takeover of SER – Società Europea di Rigenerazione in Salsomaggiore Terme (Parma, Italy) in January 2019, and then going on to build a new recycling plant in the United States, Sirmax has now decided to branch out further and enter the biopolymer sector through the acquisition of a 70% stake in Microtec (Mellaredo di Pianiga, Venezia, Italy). Founded in 2012 by Diego Lombardo (who, it has been confirmed, will stay on at the helm of the company), Microtec’s initial purpose was to formulate bio-based and compostable compounds for bags and flexible packagings; three years later it began producing granulate and gaining expertise in the formulation of compounds based on starch biopolymers, copolyesters (PBAT) and, more recently, polylactic acid (PLA) as well. It currently has a workforce of 20 and a turnover of 19 million euros, generated by processing 8,000 tons of product per year in a 5,000 m2 site.

Sirmax grows in the USA
Along with the compound plant started up in 2015 in Anderson (Indiana, USA), the Sirmax decided to build a plastics recycling plant. This new investment will be operated by its subsidiary SER North America, the American branch of SER – Società Europea di Rigenerazione, an Italian company taken over by the Group in early 2019. Unveiled just upon the acquisition of SER, the building of the new plant will involve – according to Thomas Broderick, mayor of Anderson – an investment of more than 17.6 million dollars and, to this end, Sirmax bought a 14-hectar lot of land next to the existing facilities. The municipality of Anderson will support the project by providing the necessary infrastructures, among which a railway line, for a total amount of 650,000 dollars. At full capacity, which should be reached by the end of 2022, the new recycling plant will employ 38 people. Today, the facility has a production capacity of 20,000 tons/year of polypropylene compounds. «We are excited to respond to the ever more pressing need for reducing the impact of plastic waste in the environment and give plastics a second life, by working together with our customers worldwide on the development of environmentally sustainable materials and applications» says Lorenzo Ferro, Country Manager USA for the Sirmax Group.

This project will see Sirmax investing 20 million euros, which will cover both the purchase of its majority stake (the other 30% will continue to be held by the company’s founder Diego Lombardo), as well as the planned expansion of the plant’s production capacity. This will entail the construction of a new building adjacent to the existing one. As a result of this operation, which includes the installation of two new Coperion lines, which will join the existing four, the company’s production capacity is set to double from the start of next year: output will increase from the current 8,000 tons to 16,000 tons per year, while the site’s surface area will increase from 5,000 to 17,000 square metres over the coming three years. But, in actual fact, the new plant is designed to accommodate up to ten compounding lines, with a production potential of 40,000 tons per year, adjustable according to the demand for biopolymers. 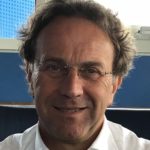 “The synergy between Sirmax and Microtec will allow us to develop bio-based materials for traditional application areas, such as the automotive and household appliance sectors” Massimo Pavin

Through its stake in Microtec, the Sirmax Group, the first independent polypropylene compounder in Europe, will ensure the resources necessary to develop, in terms of both capital and synergies with regard to raw material purchasing and commercial coverage. The Microtec range traditionally consists of bioplastics for flexible applications, and the aim is to expand this by adding the bio-based and biodegradable compounds for semi-durable and durable applications. These last, constitute the core business of the Italian group: a longstanding supplier of the automotive and household appliances sector, but also present in other areas such as consumer goods, ranging from sports articles to eyewear.

«The synergy between the expertise of Sirmax and the know-how of Microtec will allow us to develop bio-based materials for traditional application areas, such as the automotive and household appliance sectors» commented President and CEO of Sirmax, Massimo Pavin during the press conference organized to announce the acquisition. He went on to remark that the group would thus be able to add disposable products for large retailers to its range of applications, an important move in view of the stringent EU regulations that will be in force from 2021. «The aim is to respond to new market needs by identifying innovative solutions that support the circular economy» he said.

Investments in the USA and India

The acquisition of the stake in Microtec is part of a Sirmax three-year investment plan worth 80 million euros plus other contributions and government aids. The sum will be equally distributed between two plant expansion projects – in Mellaredo (Venice) and the SER site in Salsomaggiore Terme (which will see its recycling capacity increasing from 18,000 to 40,000 tons per year over the next three years) – and the creation of a new facility for recycling polypropylene from post-consumer waste (14,000 tons per year) which will be located in North America, and run by the newly established subsidiary SER North America (see box above).

The second Polish plant, currently being completed, will also be used for the formulation of TPEs – launched last year in Fakuma, these will be marketed under the Xelter® brand – and new long fibre-refinforced polypropylene composites for metal replacement applications (Isoglass® LFR), due to be previewed at the K2019 fair in Düsseldorf.

A global group
Headquartered in Cittadella (Padova, Italy), Sirmax is the European – and a world major – leading independent manufacturer of polypropylene compounds for all application sectors (automotive, household appliances, power tools, household goods, electrical, electronic, construction and furniture industries) and a distributor of plastic materials. Established in the 1960s, today the group has five production facilities in Italy – Cittadella, Tombolo and Mellaredo di Pianiga (Padova), Isola Vicentina (Vicenza), San Vito al Tagliamento (Pordenone), Salsomaggiore Terme (Parma) –, two in Poland (2006-2019), one in Brazil (2012), one in USA (2015), two in India (2017), as well as a sales office in Milan and technical sales branches in France, Spain and Germany. Its customers include leading brands such as Whirlpool, Bosch-Siemens, Electrolux, Kaercher, Philips, De Longhi, Honeywell, ABB, Technogym, FCA, Volkswagen Group, Daimler, PSA (Peugeot Citroen Group). The group’s growth strategy is based on constant research and development activity, in collaboration with the academic world, primarily with the University of Padua where a scholarship for PhDs in Industrial Engineering has been activated (Material Engineering), as well as with the Fraunhofer Institute for Material Flow and Logistics (IML) in Dortmund (Germany) with the “Trace” project (Tracking, Flushing and Efficiency). In September 2018 the Palazzina della Tecnologia (Technology Centre) was inaugurated at the company’s headquarters in Cittadella. It hosts technical and administrative facilities totally dedicated to research and development, and is designed and organized as a showroom where the world of Sirmax is shown live.

The Group also has plans for India, where it already has a joint venture with Autotech. Following the expansion of the Valsad (Mumbai) plant, this year will see the start of a debottlenecking project at the Palwal (Delhi) site, the aim being to increase the group’s production capacity of compounds in India from 20,000 to 40,000 tons per year. These investments should see the turnover of the Italian group increasing from the 300 million euros recorded in the financial year 2018 (+15% on 2017) to 385 million this year, in pursuit of a mid-term target turnover of around 600 million euros by 2024. The workforce in Sirmax’s Italian plants is also on the increase: 30 people have been taken on in the past two years, largely new graduates.