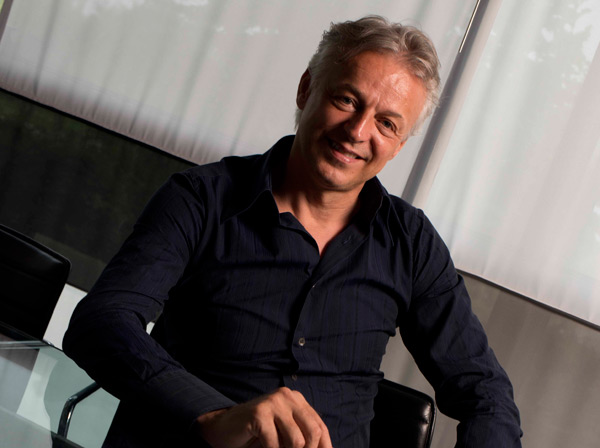 «The choice of opening and developing a factory in China, to closely follow our customers and their global strategies, is proving to be winning – told Maurizio Bazzo, founder and president at Inglass-HRSflow, to Plastix World –. However, advantages are not linked to production costs, which are less profitable than some years ago, but rather to the opportunity to widen the company’s horizon in line with the development of international scenarios and to directly seize the opportunities offered by the close and lively Chinese market. And from there, all the opportunities of the Asian market: Malaysia, Korea, Japan, and India»
by Stefano Casini

How did you conceive the idea of opening a factory in China?
The idea stems from the need to quickly give feedbacks to customers, while diversifying the applications in order to have a 24/7 active company, on the Chinese and Asian markets. Our choice was not similar to that of many other companies which move to China to reduce costs. We wanted to be directly and effectively present on the market. As for production costs, the advantages of some years ago are currently significantly mitigated; and it would not make sense for us to manufacture our products there and send them back to Europe. Our customers are companies manufacturing light elements and other car components, often multinational companies which, in recent years, moved their production also to China to follow the globalisation of car manufacturers. Therefore, we wanted to provide them with our services directly in China, in order to ensure proximity, quick delivery, and post-sales assistance.

How is production organised in the Chinese factory?
Unlike our factory in Treviso (Italy), which manufactures molds, above all for car lights and other transparent automotive components, and hot chambers for all application sectors, the production plant in Hangzhou only manufactures hot chambers to meet the demand of all the Chinese area and, in general, of the markets of the Asian area. As for both molds and hot runners, we are among the few sector companies which are globalised at a production and commercial level. We are located in over 30 countries worldwide with direct commercial branches in Europe, North and South America, Asia, and Oceania. This proves that our business is growing in a very positive manner.
What are the reasons of the success you have achieved in recent years, in a period when many automotive-related companies are struggling?
I ascribe it 50% to the market, since car manufacturers are still widening and diversifying the range of their models, including, for instance, hybrid or electric cars, and 50% to our being a globalised company. We keep the same quality of the Italian production everywhere, our Made-in-Italy.

How have you succeeded in keeping the same production quality even in China?
We created the Chinese plant in Hangzhou by transferring there the same criteria and production levels we apply in Italy for the European market. Therefore, in China we doubled a factory with production systems which were already well-established in Italy. In this way, we can ensure the Chinese factory the same high quality of the Italian one. There is no difference as for the end-product.
Can you tell us how the Chinese factory was started?
Our business has been quite success¬ful since the first years. And this for two reasons. First, we were already in China in 2004 with a technical office: this means that we have started the design before production. And this was crucial. Some Italian companies start with the production “in loco” leaving the design phases in Italy for fear of transferring their know-how. On the contrary, it is necessary for the two activities to be mutually supporting and located in the same area to ensure efficiency and effectiveness. The other factor which caused, from the beginning, the activity take-off was that Inglass-HRSFlow in Hangzhou has virtually doubled the systems, technologies and methods of the Italian produc­tion, to reproduce the same results in the field of hot runner systems for all sectors, but mainly for the auto­motive industry.

Is such quality appreciated by both multinational and foreign companies in this Asian country, and by local operators?
To assist a European or American customer at a global level, we had to ensure the same product, any­way and everywhere. And Chinese car manufacturers are undertak­ing a trend which is characterised by quality increase; they are pro­gressively making steps forwards. Therefore, local operators are in­creasingly asking for quality prod­ucts, like ours. It is a market where development and innovation play a fundamental role.

What about India, another Asian market with more interesting possibilities?
In April we opened a Branch Of­fice in Pune, an important produc­tion center for the automotive sec­tor in the State of Maharashtra. The branch office imports spare parts from China and resells them to its customers on the Indian markets. It also deals with the designing of new products, offering post-sales assis­tance and commercial support.

Glass to plastic
The successful idea of Maurizio Bazzo, founder and current president of Inglass-HRSflow (San Polo di Piave, near Treviso, Italy), was to understand and anticipate the transition from glass to plastic for the construction of car lights; hence, the origin of the company name Inglass – INstead of Glass. Today, there is no car manufacturer – from Fiat to BMW, Mercedes Ford, Porsche, Toyota – who does not mount on his cars headlights or transparent hoods manufactured with Inglass-HRSflow molds. But there is more. In recent years, the company has launched a production diversification which now includes other areas, such as caps and fastenings, medical sector, packaging, household sector, electronics, and in general all components with thicknesses, reduced weight and high volume production.

May your international expan­sion include the opening of pro­duction systems also in South America, in Brazil for instance?
We are pondering this option, but we need to achieve the same criti­cal market mass to justify a direct production system on the market. At a commercial level, South Ameri­can market is very interesting; this is why it is already included in our sales network.

Besides the automotive indus­try, which remains your major supply market, you are also fo­cusing on other sectors…
In light of the crisis of the automo­tive sector, begun in 2009, which is still provoking effects, we decid­ed to diversify our business and plastic processing applications also in other sectors. We opened a new HRS Multitech division in order to launch our products even on markets that are different from the automotive one, such as caps and fastenings, medical sec­tor, packaging, household sector, electronics, boasting already es­tablished knowledge and experi­ence at an international level, and a global distribution network. 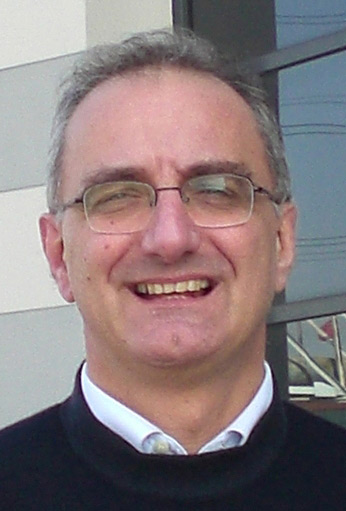 : advanced products are growing
INglass Tooling & Hot Runner Manufacturing Co.Ltd (Hangzhou, near Shanghai), the Chinese INglass-HRSFlow subsidiary, is making an increasingly significant contribution
to company results. In its first business year, sales amounted for 2.5 million Euros, doubled to 5 million in 2010, reaching 8.8 million last year. The goal for 2012 is to reach € 12.5 million, an increase by about 40% in 12 months. Such very high growth rates are expected to further increase in coming years given the possibilities and the expected further development of the great Chinese scenario.
We interviewed Osvaldo Carloni, general manager.

How is the factory organized?
The INglass China Ltd staff currently consists of about 190 people, including 140 at the headquarters in Hangzhou, and the other 50 in the sales offices and customer service. Besides
response and delivery time for the customers’ requests, a very important role is also played by the after-sales service
we need to provide. And to cover a huge territory like China, we have seven offices all over the country, with Service technicians and sellers, so to provide a quick service, even in terms of supply of standard parts within 24 hours. For other smaller markets, such as Korea or Malaysia, we work with agents we have trained and who can also provide after-sales service.

To which sector production is mainly devoted?
The factory is specialized in the production, research and development of advanced technologies in the field of hot rooms, and allows Inglass-HRSflow to meet the demand for advanced products in the plastics processing from both the Chinese and Asian markets such as India, Japan and Korea, developing products that are specifically designed to meet our customers’ needs. In the Chinese scenario we work for 90% for the automotive market. And, in terms of revenue, this year we expect growth to be around 30-40%, with great opportunities for further development.

You have recently started a new line. To which segment is it dedicated?
The new production line, called INject, is dedicated to the non-automotive industry, for example, office automation, appliances,
household applications, gardening products, storage, toys, and so on. The line is designed to treat simple materials, such as polypropylene, polyethylene, polystyrene, and others, and it is suitable for prototype molds and low volume production. The advantages are considerable: first, the convenience while ensuring quality and good performance, then ease of assembly
and maintenance.

How to make yourself known to prospective investors

First the ideas, then the market