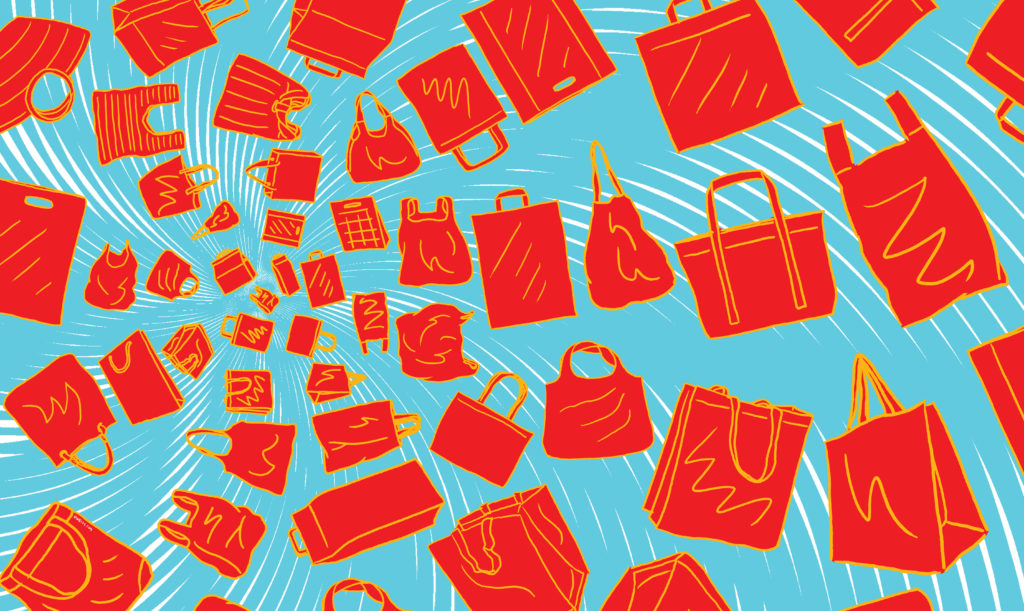 Only the European Commission can now block Italy’s ban on non-biodegradable, compostable bags. The verdict is expected in mid-June

Italy was the first industrialised country to place a ban on plastic shopping bags, or at least to attempt to. The legislative process regarding this measure was completed only in March, following seven years of delays, changes, and a considerable amount of controversy. Initially, the head-to-head was between producers of polyethylene bags and producers of shoppers made from bioplastic (which are exempt from the ban). This was followed by a battle between producers of oxo-biodegradable additives, which, if added to polyethylene, promote its degradation, and producers of biopolymers certified as biodegradable and compostable according to UNI EN 13432. All this adds up to a tangled web of interests and lobby groups which, from 2006 onwards, have made this regulatory framework complex and difficult to understand, even for Italian sector operators.

Waiting for the go-ahead from Brussels

Since the adoption of the latest ministerial decree establishing the technical characteristic of plastic shopping bags “Individuazione delle caratteristiche tecniche dei sacchi per l’asporto delle merci”, published on March 27 in Gazzetta Ufficiale (Italy’s official journal), the picture has become much clearer. All that is needed now is the go-ahead from the European Commission, which, under the European Directive 94/62/EC on packaging and packaging waste, is required to approve, in advance, all technical standards introduced by member countries. The Commission was notified of the decree on March 12, and must reach its decision within 90 days of that date. Once the 90 days are up, the ban on the sale of non-biodegradable, compostable shopping bags will come fully into force, as will – another 60 days later – the penalties for infringement of it.

The fines due to come into force in mid-August (providing Brussels does not reject the measure) are hefty: they will range from 2,500 euros to 25,000 euros, and may be increased to up to four times the maximum in the case of infringements concerning large quantities of bags, or whose value amounts to more than 20 per cent of the offender’s turnover. 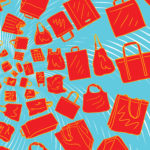 Under the Italian law no. 28 of 24 March 2012, disposable bags certified as biodegradable and compostable according to UNI EN 13432 can be freely marketed in the country

Under the Italian law no. 28 of 24 March 2012, disposable bags certified as biodegradable and compostable according to UNI EN 13432 can be freely marketed in the country. Re-useable shopping bags made from paper, natural fibres, polyamide fibres or materials other than polymers also escape the ban.

An additional category that can be sold is that of plastic shopping bags that can be re-used a number of times, although here the situation has been complicated by the emergence of criteria that are not always easy to understand or justify.

Much has been written about these fine distinctions (food versus non-food), yet without really clarifying the reasons for them. Those opposed to the measure also argue that the legally imposed minimum thicknesses (especially the higher values, 100 and 200 microns) are excessive, technologically unfounded, and will inevitably result in a waste of material.

Single-use disposable bags must be marked as biodegradable compostable bag which meets the requirements of UNI EN 13432:2002

The law also requires that all bags entering the market must be clearly marked and (in order to avoid the kind of ambiguous and “imaginative” information that in the past has allowed all kinds of shopping bags to go on sale) it even specifies the wording that must be used. Single-use disposable bags must be marked as biodegradable compostable bag which meets the requirements of UNI EN 13432:2002. Bag to be used for the collection of organic waste. If, on the other hand, the bag can be used more than once, has a handle extra to the dimensions of the bag itself, and is meant to be used to carry food products, it must be marked as Reusable bag with a thickness greater than 200 microns – to be used for food. Basically, nothing seems to be left to chance.

So, will the decree pass the scrutiny of the European Commission? It is hard to say, and the decision is bound to be, to an extent, a political one, given the repercussions it will inevitably have on other member states, where environmentalists are keen to follow Italy’s example.

The only obstacle that could prevent the decree’s entry into force is the possibility that the Commission might consider the ban to be in conflict with the right of free circulation, provided for by Article 18 of Directive 94/62/CE, of packaging that meets the requirements of the said Directive. These requirements do not include biodegradability. Plastic bag manufacturers, joining forces with suppliers of oxo-degradable additives, are ready to do battle over this point.

This is particularly true of the CNA (Italy’s national confederation of craft trades and small and medium enterprises), whose members include many companies operating in the sector of plastic shopping bags. Indeed, the association intends to make a formal complaint to the European Commission, citing breaches of Community law. According to CNA, the ban prevents the marketing of packaging that meets the essential requirements of EU Directive 94/62 and therefore affects the sale of the same on the basis of harmonised technical standards of a non-binding nature, and thereby constitutes a clear barrier to competition and the free movement of goods.

On the other hand, Europe seems to be seriously committed to reducing littering and the quantity of waste destined for landfills. In this sense, it has the support of bioplastics producers and of the European association of manufacturers of conventional plastics, even though an evident conflict of interests has prevented the latter from getting involved in the environmentally friendly shopping bag debate. It is likely that, in the end, Brussels will acknowledge the good will of the Italian government, although it would perhaps have preferred forms of deterrence or economic disincentives, like those already used in some parts of the UK, rather than draconian measures like this total ban. 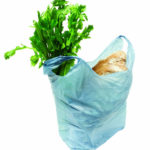 • these bags cause fewer climate-altering emissions compared to paper or cotton shopping bags;

• bags that can be re-used cannot be recycled, furthermore they are often imported and produced using petroleum-based products from outside the USA;

• the energy required for their production is 70% lower and the process uses only 4% of the water required to manufacture paper bags;

• plastic shoppers account for 80% less waste than to paper bags;

• seven trucks are required to transport the same number of paper bags that could be delivered with one truck if they were plastic;

• America uses natural gas, not petroleum, in plastic carrier bag production. Natural gas is used to produce over 85% of the plastic in the USA.[/box]