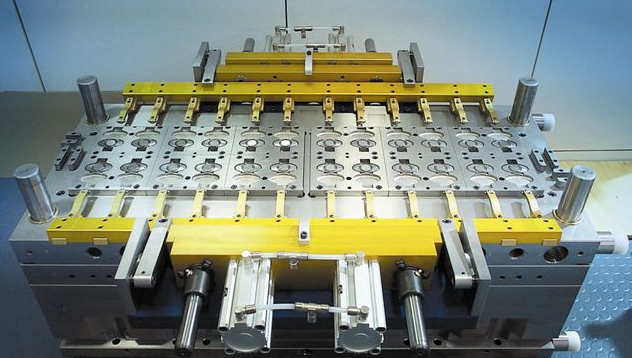 The global financial crisis has led to a strong selection of the players operating in the Italian moulding industry, which however has not lived a decrease of its innovation capability and instead goes on growing. We talk about it with Lino Pastore, president of Ucisap and sales manager of Giurgola Stampi.

In the light of Istma data and with the focus on 2015 just started, what is in your opinion the health state of Italian moulds, president Pastore, and what their prospects?
The most recent analyses have further confirmed the encouraging results presented at the association’s congress (see the article): the mould field shows a neat investment trend while the market, also in the last months of the year, goes on sending interesting signs. Official rankings say that elsewhere some nations grow more but Italy is not affected by lack of job orders. It has instead a gap of reliability that we have to fill to restore entrepreneurs’ confidence and to attract new investments.

The plastic area has perhaps reacted better to the crisis than the metal field: will it still continue?Traditionally, the plastic sector is more driving and, concerning the companies that I know better, estimates, shipments and orders point out a slight but significant increase. While investments and sales remain constant, employments have grown and margins have suffered from a new decrease, even if modest. For the next six months, however, I believe in a recovery of profits, as well as of demand and orders, underlining both the need of investments and the necessary willingness to make them. Even if with a single-figure rise, plastic is healthy. 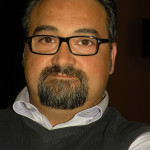 What is the secret of the constant global success of Italian moulding enterprises?
Reasons reside in our specific way of being entrepreneurs. Ours is a story made of excellence productions: we always succeed in standing out, in emerging. In the plastic industry, this is very visible and not by chance I think that we are in no way inferior to the other European nations. We have always showed up in the optimization, in the mould making and in automation. Perhaps we lack some more method, the production alignment. Italian one, however, is an apparent disorganization, which hides the ability of interpreting reality with flexibility. And it is winning.

Are there particularly suitable places in the world for increasing the already high export share?
I am just back from a work mission in South America where, especially in the automotive and packaging the ferment is perceivable. While an upswing of Brazil is predictable for 2015, I think that positive surprises can come from States like Peru and Chile, where the ascent of the middle class involves a growth of consumptions and therefore new opportunities for industry. Another important player is Argentina, but more in general automotive big companies are organizing great actions in the all Latin-American continent. We cannot forget then either the Countries of the close Asia, maybe belonged to the ex-Soviet galaxy, or Turkey, where cars might live a new boom.

Besides, there is reshoring…
The phenomenon is emerging in all its relevance; Europeans who do not come back home directly approach the EU borders closely. The low cost does not attract anymore. In Europe, production and hourly productivity have grown and this culture has been exported to the areas of the neighbouring East, too.

In your opinion, too, should made in Italy stake on second-tier and third-tier rising nations?
As I said, I believe that the least trodden Countries of Asia and South America can provide enormous satisfactions and that, together with Africa, are ideal destinations for an export-oriented fabric like ours. We must however identify suitable niches and, without uselessly wasting energies, focus on the places where our quality is more demanded and appreciated. A cultural leap forward is anyway due to manage it. As I often repeat, to exit from the courtyards of our factories is unavoidable, as well as the commitment to training is indispensable. At home, it shares in educating competent professionals, beyond the borders in creating potential consumers. Western nations’ mission is in fact to export not only products but especially knowledge. And enjoying its fruits.

You mentioned the potential of the African continent: apart from business, what is Africa for you?
Very simply, it is the future. In the widest meaning of the term. It has possibilities that should be invested and managed but according to a different vision from the convenient one of the past.

Your company, Giurgola Stampi, has hugely invested in an automated isle: with what results?
The automation project is just at the beginning and instead in constant evolution. Concerning automation, mould makers are at the dawn. I believe anyway that our company has carried out a farsighted operation with ambitious targets, even more significant because undertaken in crisis times. Even when dealing with not significant amounts of work, it gives great advantages because it is a technological level leap that introduces a new mentality: it is the concept that it is possible to optimize the production constantly to generate benefits. Even if it is difficult to obtain fully automated processes, I believe that the work must be anyway framed in this vision, that is to say pursuing the most productive processes. We must do our best irrespective of the duration of a job order. Not to mention the benefits in terms of space, in production, with the possibility of hosting other job orders and being more competitive. Therefore, we double the machine hours but not workers’ hours. Essential is anyway to affirm that investing is the only possibility to be winning and that those who are afraid of investing not only damage themselves but also negatively affect the market because they do not create any boost.

Don’t you think that this anyway needs a cultural evolution, too?
Yes, certainly and also for this reason I always try to stress the education importance. Only deep knowledge can create the conditions for a radical change. We do not need only labour up to the tasks; executors are not sufficient, real technicians-mould makers are necessary. I hope in further efforts for this, because something is slowly changing, in the didactics sector front, as support to enterprises that, in general, clearly provide only internal training.