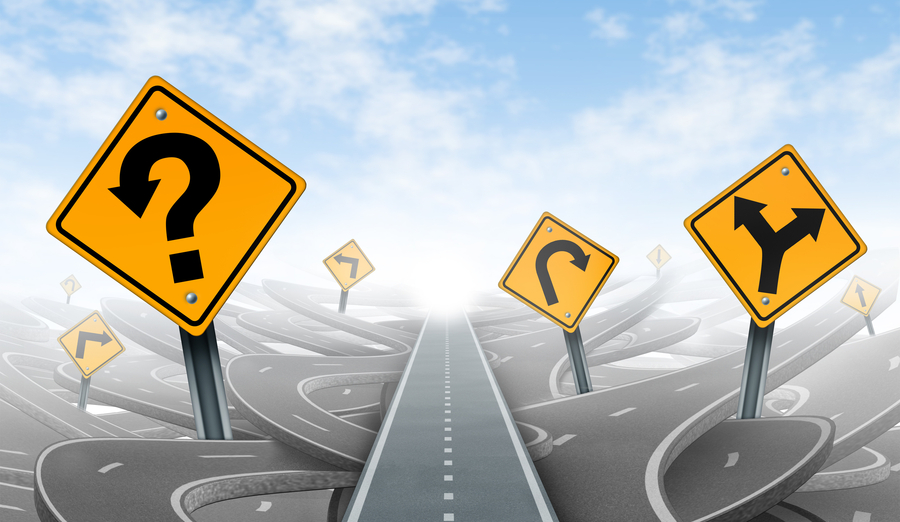 The trend of either returning to, or nearing, the countries of origin of those operations that originally relocated to low-cost region is now growing. The cases are multiplying worldwide and are also involving Italy. These are the results of the studies conducted by a working group involving the Italian universities of Aquila, Catania, Modena and Reggio Emilia, Udine and Bologna. The study has been conducted under the aegis of the Uni-Club MoRe Back-Reshoring group and bears the clear title “Back-reshoring, ri-localizzazione manifatturiera in Italia. Evidenze, motivazioni e opportunità per la manifattura italiana” (Back-reshoring to Italy: Evidence, motivations and opportunities for the Italian manufacturing sector). We talk to Professor Luciano Fratocchi of Aquila university and one of the founders of the Uni-CLUB MoRe Back-reshoring. 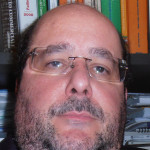 Accounting for 20% of the decisions Italy is in second place in the world after the USA (46.6%) in terms of the number of reshored companies
Luciano Fratocchi

The price of relocation
The analysis of the Uni-Club MoRe Back-Reshoring group is based on the surveys conducted on about 500 Italian and foreign companies. The method takes into account individual decisions taken to either return or locate nearer, and it has envisaged that when a producer has moved from two different offshoring premises, his decision is weighted as two different decisions, making an average of 1.2 decisions for each company. There are many reasons for back or near-reshoring and it is not uncommon that the motive is linked to initial strategic errors. The offshoring operations have often been based on a purely production cost calculation (especially labour costs), but not on the total costs of procurement, including those of a logistic and “non quality” nature. It must also be pointed out that it is precisely in the presumed low-cost labour havens, that the unit labour cost is constantly increasing, reducing the disparity with the costs in the West. Labour costs have a limited percentage impact, while other factors are tending to have a greater impact: such as transport and logistics, and everything related to this, not only in terms of fuel consumption, but also in terms of insurance and delivery. 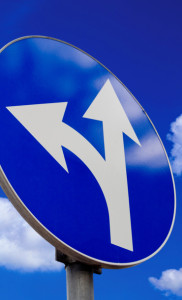 A five-year wave
Back- reshoring has been motivated not only by merely economic factors, but there have been other reasons. If, as we shall see, the fashion sector is one of those in which this reshoring trend is most marked, this is also due to the fact that for the client companies of the leading brands, delivery speed is a decisive element. While, for the end clients of the fashion sector and especially the higher end of the market, product origin certifications are becoming increasingly important, as well as the issue of worker safety and respect for worker rights. With these premises, global evidence in relation to the theme of reshoring of manufactured goods, shows an almost constant rise since 2008, that is, even before the great recession, with over 20 cases of back, or near, reshoring. The peak year was that of 2009, with 50 cases of back-reshoring and 10 cases of near-reshoring. Following a drop, which was perhaps physiological in 2010, the trend has resumed up to the present year. Between 2011 and 2013 there were about 220 total decisions for voluntary reshoring, with another 20 cases of decision involving near-reshoring to more convenient locations. The year 2014 is further confirming this trend, in the first half of the year there have been 40 cases of decisions involving complete back-reshoring, with another 10 cases of relocation to places nearer to home. Italy accounts for 20% of the total decisions and is in second place after the United States (46.6%) in terms of the number of relocated companies, and with its percentage of 22.6% it is in second place ex aequo with France in terms of near-reshoring, after the States at 26.4%. The back-reshoring operation has, in 60.3 cases out of 100, coincided with a departure from China and (11.8%) from Asia; while the near-reshoring operation has involved China in 67.9% of the cases and Asia in another 15.1%.

Italy with 22.6% of the decisions, is in joint second place with France in terms of near-reshoring, after the States at 26.4%
Luciano Fratocchi

Departure from China
As regards the Italian scenario the turning point was in 2009, the year which recorded 17 back-reshoring decisions and 3 cases of near-reshoring, while between 2012 and 2014, there were 29 cases of back-reshoring and one of re-location nearer to home. In 36% of the cases it involved Italian manufacturers leaving China, while in 26.7% of the cases it involved leaving ex-socialist Eastern European countries. While 15.5% of the decisions involved Asiatic non-Chinese countries, while 17.4 % involved Western European countries. As regards near-reshoring operations, Italian companies, mainly departed from China (58.3%) or from Asia (25%). But of great interest is also the breakdown of the production sectors most affected by the trend, with the fashion sector leading the way both in terms of back-reshoring (43% of the cases) and in near-reshoring (67%), but the mechanical sector has also made a big contribution to this trend. As 12.8% of the returns to Italy came from the automotive-motorbike and relative components sector, together with the machinery manufacturing sector. To this must also be added the approximately 7% originating from the electronics, electromechanical and lighting sectors.

The weight of machinery manufacturing
The machinery manufacturing sector accounts for a significant proportion of the near-reshoring operations, accounting for 17% of the relocations as compared to the estimated 8% for the white goods, and for the home-appliance sector in general. Uni-Club MoRe Back-reshoring has considered the possible implications of reshoring for the Italian system, speculating that the “made in” effect of the fashion sector may create a virtuous cycle in which re-location is at the service of internationalization. Meanwhile, the foreign companies that have moved closer to the heart of Europe, and to Italy, may in turn help to improve the national economy, either by direct investment or by attracting supplies to their near-shore plants. In the interview by Plastix Luciano Fratocchi has however made certain considerations. 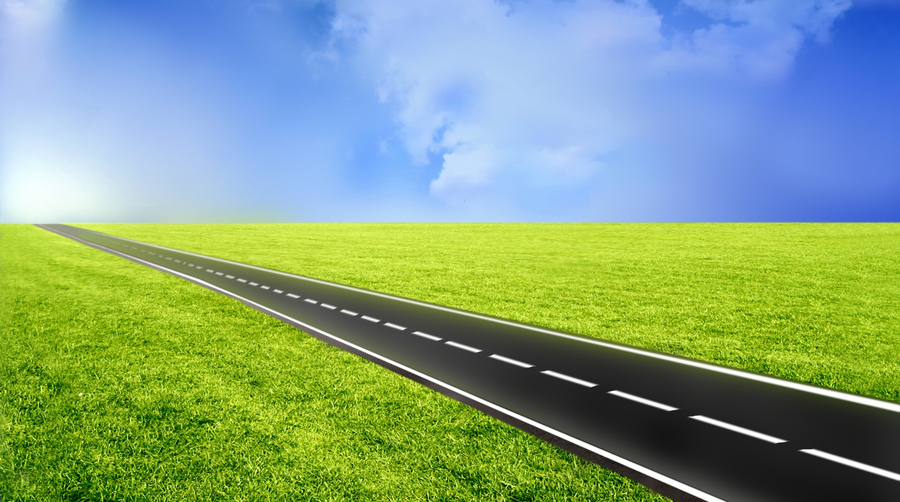 A different scenario
According to Fratocchi back and near-reshoring is primarily motivated by “problems of a productive nature” coinciding with supply management and logistics and the real quality control of the products. However the background to these operations is in fact “errors made at the time of the relocation of the operations.” The economic situation awaiting those returning businesses is different to that of the past. Fratocchi goes on to point out: “The recession has diminished the capacity of many production plants in the country, and businessmen have decided to return in order not to jeopardize the survival of these plants, not without pressure from social organizations and the local area itself; and sometimes thanks to intelligent agreements and policies for productivity enhancement.” It is also important to note that “It is improbable that those who relocate can count on the same number of employees that they used before reshoring, which has generated a more far-reaching negative impact, as compared to the benefits obtained by reshoring,” points out Fratocchi.

Returning requires energy
But whilst Fratocchi points out that it would be wrong to see the return of production as a panacea for the employment problems of the country, “against the backdrop of the current, highly complex situation, the current reshoring trend is welcomed.” What appears however, to be almost totally absent is an industrial policy capable of fully exploiting this trend, to make Italy even more attractive and competitive in the eyes of those that had originally left it. It is not only a matter of taxation or legal aspects: Fratocchi goes on the state : “The high cost of energy is an obstacle to the relaunch of investments in Italy – while a lowering of energy costs is one of the key objectives of James Cameron and the British government, that has also drawn up a reshoring incentive package. So that it is no surprise that Great Britain has been one of the major beneficiaries of the reshoring trend over the past 12-18 months.”

Who’sWho
Luciano Fratocchi is an associate professor of Economic management engineering at the Department of Industrial engineering and Information science and Economy at the University of Aquila. He is the head of the Master’s degree course in management engineering and is a teacher of Corporate management and management control systems. After graduating in Economics at the Luiss Guido Carli of Rome, he took his PhD in Corporate Management at Bologna university. His research focuses on internationalization and supply chain management. He is one of the founders of the Uni-CLUB MoRe Back-reshoring, a research team on the repatriation of manufacturing production.

Mini-bonds: a solution to the credit crunch