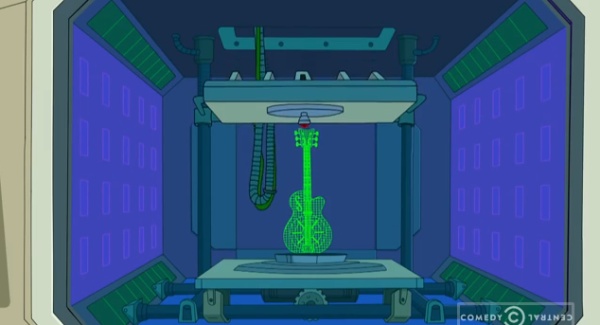 Analysts are predicting a surge in the use of 3D printing around the globe, thanks mainly to the development of new machinery that will significantly cut the cost of previous models that have been on sale for the past 20 years

Market research company Gartner has not doubts. A few months ago it predicted that 3D printers would be one of the most popular trends to emerge in 2014 listing them among the top ten best technological developments on the market. This technology finds itself in excellent company alongside other growth sectors such as the cloud and mobile apps. According to Gartner, this year the number of 3D printers sold in the world will grow by 75% compared to figures for 2013 and is expected to double by the end of 2015. This growth will be led, not by the expensive machines used by industry in the past few years in the rapid development of prototypes and high speed production – already available for the past two decades and heading towards market saturation – but instead by low cost models. These machines will, according to Gartner, carry a price tag of anything from 30,000 euros to just 1,000 euros, which will tempt smaller firms and above all individual craftsmen and women and involve a host of different applications ranging from products as diverse as prosthetic limbs and Star Wars action figures with faces modelled to resemble the purchaser.

An expanding market
Whether growth comes from big prototype producers or smaller ‘craft’-driven businesses, the 3D printer market is experiencing a huge and seemingly unstoppable rise. In its 2013 annual report the American company Wohlers Associates, which specialises in 3D print technology, stated that in 2012 additive manufacturing, printers and 3D services produced a revenue of 2.2 billion US dollars worldwide, up by 28.6% on the 1.714 billion dollars recorded in 2011, a year that had already shown a leap of 24.1% on figures for 2010. The compound annual growth rate index (CAGR) in this sector over the past 20 years is an impressive 25.4% a statistic that goes up to 27.4% is we take into consideration only the three year period of 2010-2012.
While these figures refer to the overall situation and include every type of machine and service relating to this field, when we look at the growth rate of low cost 3D printers alone (Wohlers used a price range of under 5,000 dollars), we can see an average increase of 346% annually from 2008 to 2011. In 2012 this trend seems to have slowed as an increase of ‘only’ 46.3% was recorded. However recently interest in this process seems to be soaring and the market for 3D printers in the 5,000 to 73,000 dollars range (the average price of a professional 3D printer for industrial use) has grown thanks in part to the lapsing of several important patents regarding 3D printing technology. This area of the market is mainly made up of professional crafters and small businesses.
For the American independent consultancy Wohlers, the overall market for machines and services will continue to experience two digit growth for many years to come. In particular sales are expected to increase five-fold by 2021, soaring to 10.8 billion dollars. Next year, according to its estimates, the market will have an overall value of four billion dollars.

A market that is raring to go
According to a recently published report by Freedonia, worldwide demand for 3D printers is destined to increase by 21% annually, reaching five billion dollars by 2017. Professional applications will account for the lion’s share of this growth, although we will also see more rapid rises in both industrial and consumer interest led, in the case of the later, by lower priced, desktop 3D printers. This increase will inevitably have a knock-on effect on sales of printing materials. Plastics such as ABS, PLA and nylon will continue to represent the greater part of these sales, but a more rapid rise in the use of metals is expected since they are tougher and more resilient and also thanks to rising interest in the fields such as aerospace technology and production. Sectors in which this technology could be applied are led by medical and dental, followed by consumer goods, automotive and aviation.
The US will remain the biggest market with a share of 42% of sales worldwide estimated for 2017 on the back of metal parts production. Rapid expansion is also predicted in China thanks to design projects, sample testing and prototype production.

Patents lapse and the market grows
One of the reasons why the use of 3D printing has spread so rapidly over the past four years and the number of producers has grown is the fact that several key patents regarding the technology of additive manufacturing have lapsed. The first big step forward came when Stratasys’s FDM technology patent ran out. The first company to take advantage of this development was Makerbot by Bre Pettis, a company founded in 2009 to produce open source, 3D printers. Soon other secondary patents will lapse regarding SLS (selective laser sintering) developed at the University of Texas by Carl R. Deckard; in February 2014 a key SLS patent lapsed and others will follow within the course of this year.