The plastics industry finds itself in the grip of a serious PA 6.6 shortage. How does this scenario affect the market? We put this question to Alan Catturini, Area Sales Manager at Poliblend, the main Italian nylon compounder

Anyone familiar with the plastics industry will be aware of the need to reckon with the fluctuations of the polyamide 6.6 market, which periodically culminate in reiterated claims of force majeure. It is a situation that sees compounders and end users having to adjust their planning of raw material purchases, or even look for alternative solutions. How does this scenario affect the market? We put this question to Alan Catturini, Area Sales Manager at Poliblend, the main Italian nylon compounder without in-house polymer production 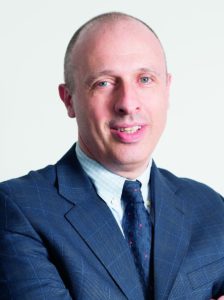 Is the current trend affecting the excellent performances recorded by Poliblend in recent years?
We continue to benefit the Group with performances that are more than satisfactory. This is a trend that has been under way for three years now and that, following the good increases recorded in 2015 and 2016, saw us close 2017 with higher-than-expected results. This year, too, is turning out to be a positive one, with forecasts down only slightly on 12 months ago. In view of the current consumption trend, and the positive customer feedback we are getting, we feel able to formulate optimistic forecasts, at least for the medium term. Unfortunately, in markets like Italy, it is becoming increasingly difficult to look at things from a long-term perspective: indeed, assumptions are regularly disproven by real events, albeit often in a positive sense in relation to the budgets laid down.

How do you explain, in general terms, a market that is continuing to respond well, even though it is recording figures that are lower than those of 2017?
First of all, it can be explained by last year’s production surplus, linked in part to the higher raw material prices, which, in the case of polyamide (PA) 6 and PA 6.6, even reached 1 euro per kg at one point (the period between January and February). This phenomenon, in some ways rather unexpected, has continued in subsequent months, especially with regard to PA 6.6, giving rise to the first problems of availability on the market. Indeed, it inevitably had a “panic buying effect” that also involved PA 6. That said, our levels of production have remained good, partly thanks to the state of the dollar, which has been rather weak and therefore allowed some pretty good trade results to be achieved. We, for example, have managed to record substantial volumes and turnover, a trend that is still ongoing today. It is the quantities we are recording that are giving us the most to smile about, despite the fact that production is below last year’s levels. But who on earth would expect us to go on recording peak level production for 24 months?

What is the situation now with regard to PA 6.6 supply?
In addition to the price increases continuously introduced, since last year, by producers of synthetic chemicals and also by producers of polymers, there have been other announcements that seem to indicate that this crisis could become even more serious. Invista, for example, has declared that in the first quarter of 2019 it will be upgrading the adiponitrile production process at its facility in Victoria (Texas) — this is a technology that has already been used in Orange, also in Texas, and that, in the second quarter of 2019, will also be implemented by Butachimie (the joint-venture company between Invista and Solvay) at the company’s French site in Chalampé. It has been estimated that each plant closure could result in around 20% less product on the market. It is therefore clear that repercussions on supply, and on prices too of course, are possible.

“We are able to rely on strategic stocks, built up thanks to our knowledge of market dynamics, and strong liquidity, which is something that nowadays cannot be taken for granted”Alan Catturini

What is the best course of action in these cases to avoid being left struggling in the medium term?
A degree of difficulty resulting from this situation must certainly be anticipated. For this reason, we have tried to introduce a careful raw materials purchasing policy in order to be able to supply our customers promptly. As a result, we are able to rely on strategic stocks, built up thanks to our knowledge of market dynamics, and strong liquidity, which is something that nowadays cannot be taken for granted.

Is the limited availability of PA 6.6 going to increase the chances of its being replaced with other materials?
The resistance of PA 6.6 to hydrolysis, unmatched by other polymers, makes it irreplaceable in the automotive sector, where most of this material is currently absorbed. It is my view that, wherever this is possible, there will inevitably be a gradual process of replacement, and if the market faces a major shortage of PA 6.6 in the coming months, as looks likely, then even the automotive sector will necessarily be forced to start moving in a direction that will lead to the approval of new formulas and materials. In our world, that of engineering polymers, the proportion of applications in which PA 6.6 cannot be replaced by PA 6 is around 30-40%. For the rest, the market has other solutions, such as those that Poliblend is now offering its customers, together with technical support for modifying moulds, a necessary step whose cost can soon be offset as it helps to cut raw material costs. Obviously, we compounders need to be the ones championing these changes, showing end users that they are not only possible, but beneficial too. We are starting to see more interest, especially in the new projects, and I feel sure that the prospect of a likely shortage of PA 6.6 in the coming months will increase the level of interest even more.

How do you rate your performance on the main European markets, in particular Spain, the area that you follow?
In recent years we have fortunately been recording two-digit growth in practically all our reference markets. Germany continues to be the driving force of the sector in Europe, with Turkey naturally benefiting from this situation. But France, too, is extremely strong. In the area of engineering polymers, Spain falls short of the aforementioned markets in quality terms, but it nevertheless has an economic structure that favours the enterprises. Having now got over the crisis linked to its adoption of the single currency, followed by the one in the building sector, which had to pay the price for years of uncontrolled development, Spain is now a mature and healthy market.

In what ways does it differ from the Italian market?
Several factors are fostering a business culture in Spain right now: a willingness to invest in young people and in training, advantageous energy costs — starting with fuel costs —, and a significantly lower level of taxation: one need only think that VAT number holders in Spain pay around 30% less in tax than they would do in Italy. What is more, the chronic problem of late payments has also eased considerably. The automotive sector drives the economy, thanks to the arrival, on the Spanish market, of numerous groups that have relocated their production operations there, taking advantage of tax relief policies. We at Poliblend started operating in the Spanish market in 2013 and this year aim to reach the target of 2,400 tons of polyamide sold and distributed. As the polyamide market in Spain has reached about 35,000 tons we can say that we have quickly reached an important share, which we plan to consolidate in the coming years through projects and quality approvals, especially in the automotive sector, and also in collaboration with major international groups. 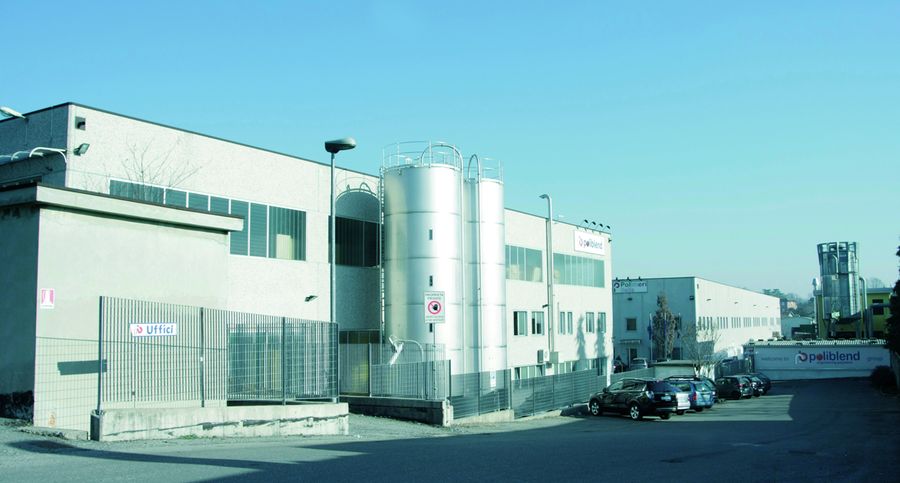 Inside Poliblend’s record year
«With our annual production standing at around 35,000 tons — and growing, in view of our plans to install a new extrusion line — we can consider ourselves the largest Italian polyamide compounder without in-house polymer production» says Alan Catturini, Area Sales Manager at Poliblend (Mozzate, near Como, Italy. «Our growth can be attributed to a series of factors, first of all our desire to optimise resources and distribute them on the traditional markets where we are well established, but also our ability to find new openings and also become approved suppliers to numerous prestigious customers. We have managed to get a foothold in Iran, a potentially vast market, and consolidate our presence in Turkey, as well as record great results on the Spanish market. The result of all these factors has been a constant increase in the quantities of compound and blend we handle. We have, of course, been careful to monitor what the competition is doing; in particular, there have been several acquisitions that have caused something of a stir in the production sector, but for use meant the start of new collaborations. In this regard, I am sure we can expect some more new developments in the short term» Catturini concludes.

The electrifying future of plastic