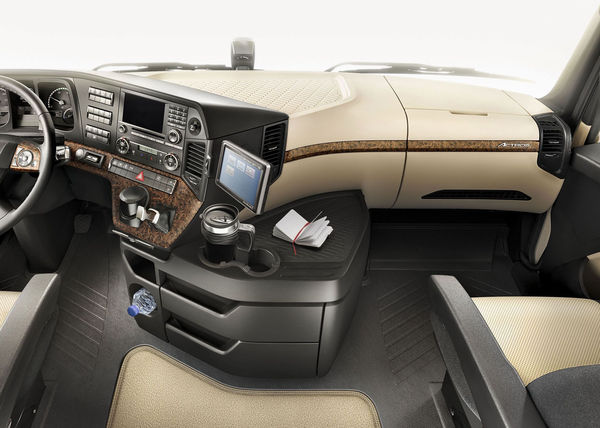 The interior is one of the key differentiating features of modern cars. Besides the design, special attention is also paid to the quality of the surfaces. The Dolphin process is set to join the ranks

Methods for manufacturing parts with a soft-touch surface must strike a balance between high quality requirements, technical feasibility and cost. Laminating compact injection moulded thermoplastic parts are subject to the same drawbacks as in-mould foaming with polyurethane or slush processes. The conventional processes for generating a pleasant tactile feel have one thing in common. They are multistage processes, which inevitably involve trimming, folding or bending after the last shaping stage. The linking up of the individual process steps and the secondary finishing are time consuming, increase the investment costs for the production line, require a logistical effort for conveying the semi-finished products that is considerable in many cases, and – like the production of PVC slush skins – are often very energy intensive.

The aim of developing the Dolphin process [1] was therefore to implement soft-touch surfaces with good softness, acceptable density and foam heights by thermoplastic injection moulding, requiring no secondary process apart from sprue cutting – that is to say the soft surface should be applied directly in the injection moulding machine to the hard support material. In addition, the trend towards greater flexibility of manufacturing technology was taken into account. An injection moulding machine that is adequate for this complex process can be used for different injection moulds and processes and adapted to future product generations.

According to a study on the market positioning of various surface enhancement techniques (Figure 1), the Dolphin process closes the gap between mould skins for extreme quality requirements in high-end automotive engineering and classical film-decorated injection mouldings for cost-effective car production. The first applications have confirmed the high efficiency of the process (Figures 2).

Balance between quality and efficiency

The high saving potential of the Dolphin process can be illustrated with reference to a car instrument panel. The material costs for the part are calculated at EUR 11.90 for the part, EUR 4.40 for the backing and EUR 7.50 for the foam layer. These values are based on a backing volume of 1,300 cm3. The backing has a surface area of 4,500 cm2. With a starting value of approx. 2 mm for the thickness of the TPE foam layer, this results in a TPE volume of 1,050 cm3. For a final wall thickness of 8 mm, the cycle time is about 150 s. The cycle time of the entire process is determined by the machine-specific movement times and the cooling times. The cooling time for the foam components depends on the final layer thickness of the foam. For a 3 mm-thick foam layer, the cycle time is assumed to be about 90 s.

From a commercial point of view, the high flexibility of the production line and the associated high plant utilization has a positive effect on the ROI. In addition, less investment is required in the infrastructure and the technology-specific plant components. In many cases, production cells of this size have been in use for 15 years.

The Dolphin process combines two-component injection moulding (Engel combimelt) with physical foaming (MuCell by Trexel) and compression technology. On a swivel-platen injection moulding machine (see movie), a thermoplastic backing part is first manufactured in the first parting plane – e.g. from PC+ABS – conventionally with the aid of a needle-valve hot-runner system, and after cooling transferred to the second parting plane position by swiveling the center mould platen. A thermoplastic elastomer (TPE) is charged with an inert gas in supercritical state after plastication in the melt cylinder, and the one-phase plastic/blowing gas solution is injected into the cavity – distributed via multiple cold runners. In the process, the backing structure is flooded to a thickness of about 2 mm. The MuCell process unit is mounted on the moving platen of the injection moulding machine for this process step.

During a short cooling phase, the melt solidifies on the mould wall and forms a skin layer, which reproduces the grained surface of the cavity. Immediately afterwards, the clamping unit is opened by a defined compression stroke to allow the blowing gas to expand. Since the pressure within the cavity now decreases with a gradient that is equal across the cavity, particularly fine and uniform foam cells form – the prerequisite or a high-quality surface. The cavity is held in the extended position until the TPE has cooled completely and crystallized. Besides the adjustable delay time, the opening velocity and platen parallelism can also be controlled.

Since, simultaneously with foaming, the next backing part is already being produced at the other side of the mould, the clamping force must not decrease during the opening stroke. This is ensured by a blocking system on the second mould side. Another special feature of the mould engineering is a surrounding spring strip that is incorporated into the plunger, and reliably seals the two mould halves during the opening stroke so that neither melt nor foam can escape. The Dolphin process thus requires particularly stable and high-precision moulds. The tolerance in the temperature-controlled and movable elements is 0.03 mm. The cooling is just as big a challenge. To generate parts of the best quality, the two mould halves must be held at different temperatures. The backing part requires a temperature that is 35 °C higher than the overmoulding of the soft component.

The Dolphin technique permits a high degree of design freedom since even complex geometries can be easily realized. For example, undercuts can be generated (Figures 3 and 4) with the aid of slides; the foaming process allows very narrow radii to be produced.

For the grained surface structure, Georg Kaufmann Formenbau has developed a special method. In its pilot plant, the mould maker has built a trial mould with interchangeable grain inserts to present a broad range of options to product developers (Figure 5).

The density of the foam can thus be adjusted via the decompression stroke and is indirectly proportional to the ratio between the initial and final wall thickness. Besides other parameters, the adjustable stroke thus also determines the softness of the product.

For a test series, with a starting wall thickness of 2 mm and a density of 1.12 g/cm3, the decompression stroke was varied between 2, 3 and 4 mm. The calculated average densities are thus at 0.56, 0.45 and 0.37 g/cm3, already taking into account the compact top layer. This thus develops both at the mould wall as well as at the contact surface to the carrier part. The high filling pressure supports the development of a long-life, adhesive connection between the foam layer and backing structure.

Table 1. The density of the foam can be adjusted via the decompression stroke and is indirectly proportional to the ratio between the initial and final wall thickness. Density of Pibiflex according to datasheet is 1.12 g/cm³ (Source Engel)

Besides the design and the quality of the surfaces, the Dolphin process plays a role in lightweight construction requirements. The aim of current R&D is therefore to physically foam the hard component while modifying the part design and mould construction appropriately. This would probably reduce the average density of the backing part by 7 to 10%.

Foaming of the backing by decompression technology opens up an even greater savings potential than classical foaming of the backing material, since the filling volume and weight are determined just as much by the initial cavity and the final backing dimensions, defined by the decompression stroke, as during the foaming of the TPE. During physical foaming of PC+ABS as backing material, areal weights of less than 5.1 kg/m2 appear realistic, particularly when the current backing wall thicknesses are optimized.