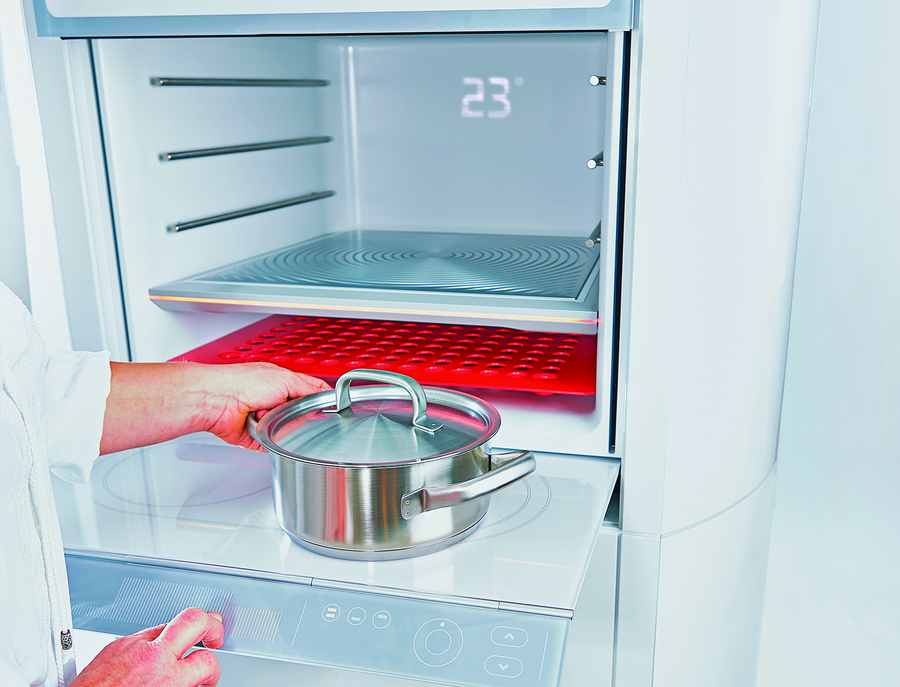 Materials often appear to be developed to give free play to the follies of design, follies that turn into projects, at times futuristic, showcased to capture the interest of enterprising businesses to rework them on an industrial scale. This is what happened with the cooking module with integrated induction plate developed by Brazilian designer Guto Indio da Costa and Till Pupak. The project embodies the distinctive quality of Celanese’s LCP Vectra/Zenite resin: being resistant to high temperatures. A feature that makes all plastic home appliances possible for the first time, with all metal elements totally removed. 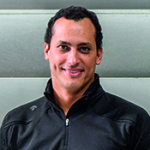 Materials and eco-efficient design
«It is compact in size and design for use in smaller living spaces, which are increasingly common in megacities – the designer told us when we met in Milan –. The door slides vertically, the induction cook top pulls out, while the touch command control panel and LED display are closed behind a panel. The heart of the oven is the oven chamber in Celanese’s Vectra and Zenite, a single-piece, injection moulded module. The use of this extremely heat resistant and thermally conductive plastic material markets a point in favour of energy efficiency because according to the manufacturer, it requires just 60% of the energy that would be needed to heat a traditional steel oven to operating temperature, steel being a much more dense material. The polymer, therefore, helps to curb energy consumption, and my modular concept design has the same aim: the heating plate can be moved to different heights inside the cooking oven module, so only the volume that is needed is used. This changes according to whether we are cooking a pizza, a roast or something else, without wasting energy like a conventional design does».

An LCP ready for E&E
Available in a rich variety of grades differentiated by thermal resistance, rigidity, hardness and surface structure, the range of liquid crystal Vectra/Zenite polymers are processed using injection moulding, extrusion or thermoforming. Its dimensional stability, light weight and limited warpage make it ideal, the manufacturer claims, to replace metals in applications with thin wall components. This delivers the benefit of a large processing window, low viscosity and relatively low processing temperatures, because it is processed with rather rapid cycle times. As mentioned above, it offers optimal temperature resistance: in fact, the material is heat resistant (up to a constant 280 °C, and 340 °C for limited periods), and cold (to -196 °C). Lastly, the surface of the items made in this material is non-stick and resistant to chemical agents – including detergents – and offers good aesthetic performance because it is easy to colour and polish. These characteristics make it particularly ideal in the production of medical articles, electronic components (for example, photography equipment parts), platens and even baking pans, as it is approved for contact with food to EU and FDA standards.

Design communicates essence
«Every material should be used to the best advantage of its surface – Indio da Costa points out –. There is a lot of plastic in home appliances, but it is often disguised to look like metal, and frankly I think this is absurd. In Brazil, even more so than in Europe, plastic is considered to be a cheap and virtually throw-away material: for example, chairs are disposed of after they have been used for a year or two, while one of the main advantages of polymers is their long life. I experimented with Celanese materials a few years ago, when I designed the IC01-Chair. It is a chair with an “open” back, comprising of a strip extending along the arms and forming the front legs. Because of its large freeform surface, this project called for a particularly resilient plastic. The technicians we worked with suggested polypropylene reinforced with Celstran glass fibre, because it combines strength, flexibility, a good surface finish and a rich colour range». 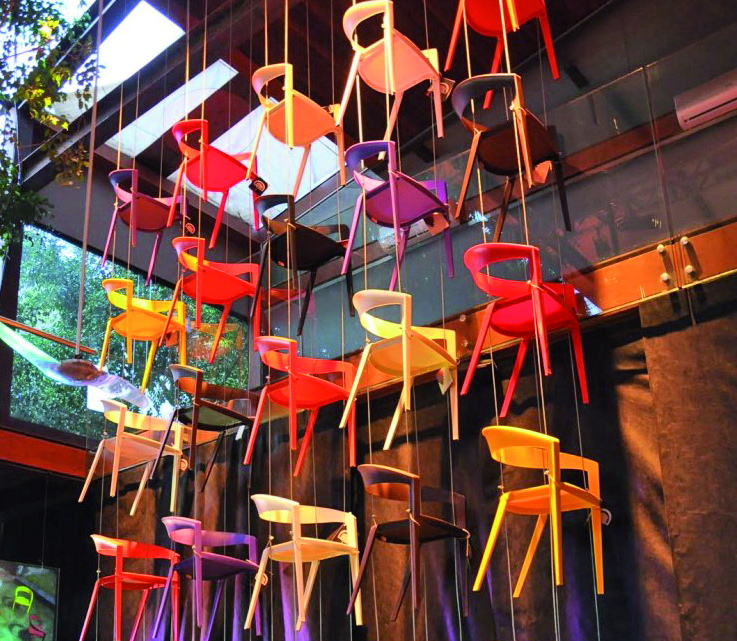 Before then, Celanese had used resin exclusively for car parts, and the project’s success began to spell new application sectors for PP LFT. The cooperation with the polymer manufacturer proved to also be a source of inspiration for designers. «Celanese engineers showed me their materials, including Vectra/Zenite, already used for large cooking spoons, which they explained could withstand up to 340 °C. I objected that these utensils were no different from those that could have been made from metal, and that to reflect such a notable performance, it would make more sense to use the polymer to make something where conductivity and thermal resistance could make a difference, a heater for example».
Celanese liked the idea and it developed the oven. For now, the prototype has been presented at the Salone del Mobile show in Milan, at the latest K in Düsseldorf, and at numerous home appliance fairs. «Manufacturers like Whirlpool, Siemens-Bosch, Miele, Gaggenau have shown an interest in the possibility of using the material and the concept, and Celanese is currently in negotiations with these brands. For the public launch, on the other hand, we chose the Fuori Salone events in Milan. Like the IC01-Chair, the cooking modules demonstrates what can be made from plastic, using its advanced performance to best advantage and without hiding – actually enhancing – the outstanding aesthetic quality that can be achieved with the right know-how. Only when the technical expertise of material engineers and the creativity of designers come together can a truly innovative project really take shape».