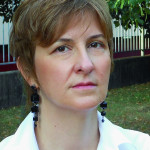 3D printing means anyone can create everything they want. But it is more than simply a new production philosophy. It is also a new way for objects to be perceived

Somebody called 3D printing the third industrial revolution. Perhaps because of the solid growth trend of the printers market, or perhaps because of the unstoppable undercurrent generated by manufacturers. Plausible reasons, but if we think about the effect of shale gas on the United States economy – also called the third industrial revolution – it is hard to imagine that technology is advancing to the beat of “do it yourself” as a true industrial revolution. Without doubt, it is an important phenomenon, one that must not be overlooked, but a revolution is an event that has a drastic effect on daily life, the economy, industry, and so forth. Will 3D printing be able to do all of this?

Revolutionizing means transforming something radically. And in a certain sense, 3D printing does: the production philosophy is entirely different from the traditional philosophy. Is there something you want? You can make it, just as you imagined it, on your own, you don’t need an industrial pipeline.

Let us try and picture 3D printing going mainstream. Production would tend to edge away from an industrial dimension and into an artisanal dimension, taking place in a workshop where the customer and manufacturer pool resources with a continuous exchange of ideas. A specialist workshop, because manufacturing items with very precise and definite requirements, using advanced technology like 3D printing, requires advanced professional levels – designers, architects, 3D designers, new material developers – more likely to be sourced in countries offering high levels of education. But it will be many years before such a situation becomes reality, if it ever will. I prefer, therefore, to think about the phenomenon of 3D printing as a cultural revolution. This is because of a few initial reasons.

Firstly. The logic that guides the world of makers, namely the open source of the software used. There is no doubt about the revolutionary nature of this philosophy, because it puts the concept of copyright in question. It is based, in fact, on the assumption that we can spend our time creating something (free software or a page on Wikipedia, the largest encyclopaedia to ever exist) with the knowledge that, if everybody does the same, our efforts are minimal considering the enormous benefit that derives.

Secondly. The equipment makers use does not yet suffice to produce items with the same technical and aesthetic performances as those created by conventional production processes, although, inevitably, technology will over time narrow the gaps. It is only a question of time. But this is not the point, because the imperfect pieces created by 3D printing can change our perception of the defect, leading us to see imperfection as a advantage, especially in the field of art and design, a driving force for creativity. In an industrial context, the challenge has already been accepted with the goal of making unusual and provocative objects, unique pieces, therefore pieces with a much higher value than standard runs. It is not, however, simply a question of economics, because praising defects raises another vision of objects we use on a daily basis, namely sentimental value. That plastic object, one that we have been using for a long time, is ours and as such we have learned to love it, in spite of its scratches and defects. This is the Wabi Sabi concept, a philosophy centred on discovering value over time. A value almost entirely lacking for plastic objects – for cultural reasons or habit – and which, instead, needs to be rediscovered.