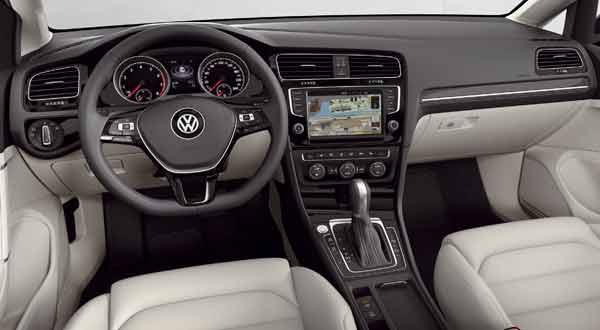 The physical foaming of polymers promises a number of advantages in injection molding processes. A partnership between Engel Italia, Trexel and Proplast is promoting them

The structural foam molding technology taking advantage of the physical foaming of polymers in the mold, better known as the MuCell process, is far from new. After almost a decade since the first industrial applications were launched on the market, this technology seems to have found new vitality in the automotive, technical and packaging component markets, to which it delivers light weight without compromising the stability of the manufactured item. The trend is being driven in part by the new strategic approach of Trexel (a start-up of the Massachussets Institute of Technology established in 1995 to disseminate the technology), which in recent years has entered close collaboration agreements with leading manufacturers of injection molding machines and implemented initiatives strongly oriented to promoting the technical features of the MuCell process. But perhaps the most interesting aspect, seeing as though every advanced technology inevitably ends up experiencing an economic turnaround, is that the American company has decided to abolish royalties on production – which are highly unpopular among potential users – and to maintain a “one-time fee” included in the price of the equipment.

The commercial policy is however not the only driving factor. MuCell has evolved: today, supercritical fluid (SCF) metering integrated with the injection machine’s control unit, specific polymers and specially designed molds combine to deliver better, more easily repeatable results. As a result this technology is now able to support industrial applications for large-scale production.

Compared to traditional injection molding processes, MuCell consists of the addition of precisely metered amounts of supercritical fluid (SCF) – typically nitrogen or carbon dioxide – into the polymer by means of injectors mounted on the plasticizing barrel. The specially designed mixing section of the screw finely disperses the SCF in a uniform manner in the melt. This solution has inferior viscosity to simple melt polymer, and therefore it flows more easily in the mold.

When the fluid-polymer solution gets to the mold, where the pressure is lower than in the plasticizing barrel, the SCF begins to separate and expand, then micro cells begin to form. The expansion speed depends on the extent of the pressure drop: the higher it is, the greater the speed. The cell growth makes the mold cavity fill faster, because, as opposed to traditional molding, the SCF replaces the volume of material continually injected in the pack and hold phase to compensate for the shrinkage of the polymer in the cooling stage. In practice, the hold phase is no longer necessary as it is replaced by the inertial pressure of the SCF inside the piece, which pushes the polymer against the walls of the cavity filling it uniformly, even in the corners and the undercuts. This eliminates any great differences in pressure and temperature between the mold’s injection point and the end point, generating a homogenous microcellular structure in the part, with less stress and strain and uniform shrink on every point of the surface and therefore greater compliances with tolerances.

Advantages of the technology

The major advantage of MuCell is that it facilitates the injection molding operations compared to the traditional process, which poses the challenge of making the polymer flow from the injection point until the end of the mold cavity without cooling it, and to compact it in the most uniform way possible to obtain a uniform shrink, thus boosting dimensional stability and avoiding problems such as sink marks and warpage.
The reduction in viscosity, which can be as high as 30% (10-15% in glass fibre filled melts), improves the melt flow index (MFI) of the material, which flows faster thereby reducing the injection time. Along with the fact that the mold can be kept at a lower temperature and that the hold phase is eliminated, all this contributes greatly also to reducing the cycle time by as much as 50%. In addition, the improved MFI of the melt means operating at a lower pressure, and therefore with a significantly lower clamping force (up to 50% less). Smaller machines are more affordable, take up less space and consume less energy, three determining factors for efficiency in the production process.

The cell expansion inside the mold also has many advantages. The weight of the piece is reduced and less polymer is needed, as it is replaced by the micro-cells that form a foam structure and show a mechanical strength very similar to human bones. According to experiments conducted by Trexel, the best performance comes when reducing the weight by 10%. Another special feature is that it is possible to obtain pieces with extremely thin walls (as low as 1 mm thick) and this means that engineering a piece manufactured with the MuCell process can reduce the weight by approximately 20%, in addition to the 10% due to the expansion effect.

[box title=”A centre for MuCell in Italy” color=”#f8911b”]Today one of the goals of the automobile industry is to reduce weight. And physical foaming has already demonstrated its potential in this sector, improving the value and performance of applications under the bonnet: engine and gearbox cases, inlet air filters, cockpits, radiator baffles and so on. Around the world, MuCell is used in thousands of applications in the automotive, packaging, technical molding, office machinery and electric and electronic component industries. In Italy there are none. And this is why Trexel has joined forces with Engel Italia to support the installation of a demo MuCell system at the Proplast Consortium in Rivalta Scrivia (near Alessandria). Here, for some months, Italian processors have had the opportunity to test the application potential of the microcellular foam injection molding process, and to take advantage of FEM process and structural simulation assistance for foam parts, as well as to evaluate the possibility of technology transfer. In addition, a magnetic induction heat&cool system has been installed in the research centre of Rivalta under an agreement with RocTool. The research opportunities include combining magnetic induction with MuCell. The purpose is to obtain even lighter pieces, with greater dimensional stability and with an excellent surface finish, in other words, perfect plastic parts.[/box]