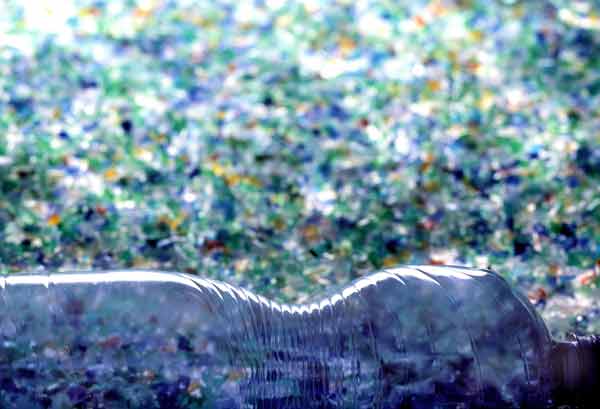 Good news for the PET recycling industry specifically destined for food packaging: the European Food Safety Authority has published the first favourable responses about the production plants and the Italian Health Ministry has extended the use of R-PET to soft drinks as well

Recycled PET could find important new channels for use in the packaging sector once the restrictions to its use in contact with foods are removed. The main obstacle to be overcome is the European authorization for recycling systems in compliance with CE 282/2008 regulation, according to which R-PET must be obtained solely by mechanical recycling starting from packaging that are free of any barrier layers and originating solely from grades approved for contact with foods used in applications of the same type.

Under the control of the EFSA
Permission for the mechanical recycling process is granted by the European Commission after having received a positive response from the European Food Safety Authority (EFSA), which is called on to verify that all the safety and hygiene requisites are met in relation to the process of selection, washing and treatment of plastic waste. Precautions necessary to avoid any kind of risk of contamination of material that, in the form of packaging, is destined to come into contact with food and beverages. In order to obtain the go ahead of EFSA the R-PET producers have to demonstrate that the mechanical recycling process adopted is suitable for the reduction of chemical contaminants to such a level as to avoid any risk to human health. In its evaluation EFSA takes into the account the quality of the incoming material, the efficiency of the plastic decontamination process and its final use. The agency may also ask the producers to modify the destination or the proportion of material recycled in the blend, in order to assure total compliance with the scientific methodology envisaged by the Authority.

Favourable opinions
The first piece of good news is that in August EFSA published the first scien­tific findings on ten European plants, one of which situated in Italy (CIER of Castelnuovo Vomano, Teramo) which use three different recycling technolo­gies: four plants are based on the Vacu­rema Prime process (LuxPET, Jayplas, PolyQuest and CIER), five on the Star­linger IV+ technology (Preformia, STF, MPTS, PET to PET and Eco Plastic) and one on the Petuk SPP process. Health risks are excluded when the percent­age of PET originating from non-food applications remains under 5% and the processes are controlled under well-defined conditions. The experts in fact recommend that these aspects be pe­riodically monitored in compliance with the good manufacturing practice stan­dards (GMP).
The evaluation by the EFSA, whilst be­ing essential, in fact constitutes only the first part of the authorization proce­dure. Once the EFSA has published all its findings on the recycling processes that it has examined, the European commission and the member states will, within the next 18 months, decide whether to grant or refuse authoriza­tion for the recycling processes exam­ined. The authorized processes will be noted in a special register that will be constantly updated.

[box title=”One out of two bottles recovered in Europe” color=”#f8911b”]Last year 1.59 million tons of PET bottles were collected and recovered in Europe, 140 thousand tons more than in 2010 (+9.4%). A result which brings the total of recovered bottles to 51% of those consumed, which means that it has for the first time exceeded the benchmark of 50%.
These findings have been made by the European Recycling Federation (EuPR) and by Petcore in 27 EU countries plus Iceland, Norway, Switzerland the Turkey; whilst taking the EU countries alone, the rise is less marked being of around +2%.
The great majority of the countries examined, bar three, have exceeded the threshold of 22.5% recycled on the total consumed, as indicated in the packaging Directive, and a third of these have in fact achieved clearly above average results, exceeding a level of 70%. According to researchers scope still exists for further growth, in view of the fact that the installed recycling capacity in those countries examined, is of 1.9 million tons, of which only 77% is currently used. Once regenerated, the PET is put to different uses: over half being used to produce packaging containers or sheeting, 39% is used as polyester fibre and a little over 100,000 tons is used in the production of straps.[/box] 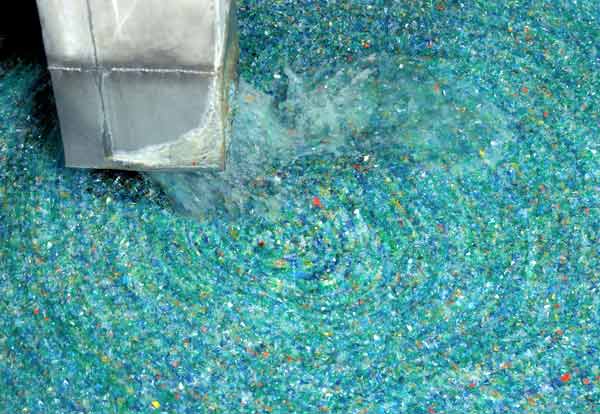 Not only for mineral water
The second restriction to the use of recycled PET in food packaging is cited in Decree n. 113 dated 18th May 2010, which has modified the notorious Decree of 12th March 1973, permitting the use of up to 50% recycled plastic in the production of bottles for natural mineral water, whilst being in compliance with some of the indications that reiterate those of the European regulation. The material of origin must come from food packaging and the recycled PET must be accompanied by documentation that proves, by means of a challenge test, that the recycling process guarantees the compliance of the bottle with that indicated in article 3 of the CE 1935/2004 regulation. Under these conditions DM 113 permits the production of bottles with a capacity of up to 2 litres for the bottling of natural mineral water.
In Decree n.139 of 9th July this year, published on the Official Journal on 17th August, the sphere of application has been extended to soft drinks as from 1st September. The text in fact citing article 13-ter, paragraph 2 of the Health ministry decree dated 21st March 1973, as amended by the Health ministry decree dated 18th May 2010, n. 113, after the word “natural” the words “and soft drinks” have been added. An opening which could see the greater use of recycled PET, which would also benefit Italian recyclers once the EU authorization is obtained.

The recycling of PET bottles in Switzerland last year returned to a level of over 81% with respect to those consumed, after having fallen to 78% in 2010. This result has been obtained by increasing the amount of plastic containers recovered to 1,300 tons, making a total of 38,010 tons, thanks also to policies opposing the export of plastic waste. The packaging recycling figures are carefully monitored in Switzerland, due to the fact that should they fall to below 75%, for each material (glass, aluminium and PET), a waste disposal tax would automatically come into force.[/box]

Why it is better than the others