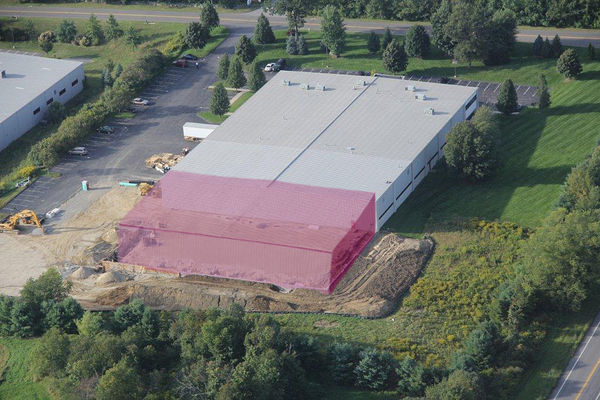 Due to the continuing rapid growth in North America, the headquarters of its US subsidiary, Wittmann Battenfeld Inc. in Torrington, CT is being extended for the second consecutive time since it was built in 2000.

The extension of the facility, which began in July, consists of an internal expansion of the office space and a further addition of 1,850 m² to the existing building. It involves 2.4 million US $ in capital investment. The new building will be ready for use in January 2014.

The addition to the building will provide the Company with additional space to accommodate the larger machines from the MacroPower series with up to 1,500 t clamping force, and for commissioning more turnkey lines consisting of machines, automation systems and peripheral equipment. The extension’s height of more than 10 m permits unimpeded assembly and testing of the large MacroPower models. Previously, the existing building already provided facilities for commissioning complete lines with machines from the MicroPower, EcoPower, HM, TM and VM series.

With this extension, the US subsidiary of the Wittmann Group will now be able to further strengthen its position as a system supplier of machines, robots, automation equipment and peripheral appliances for the plastics industry.